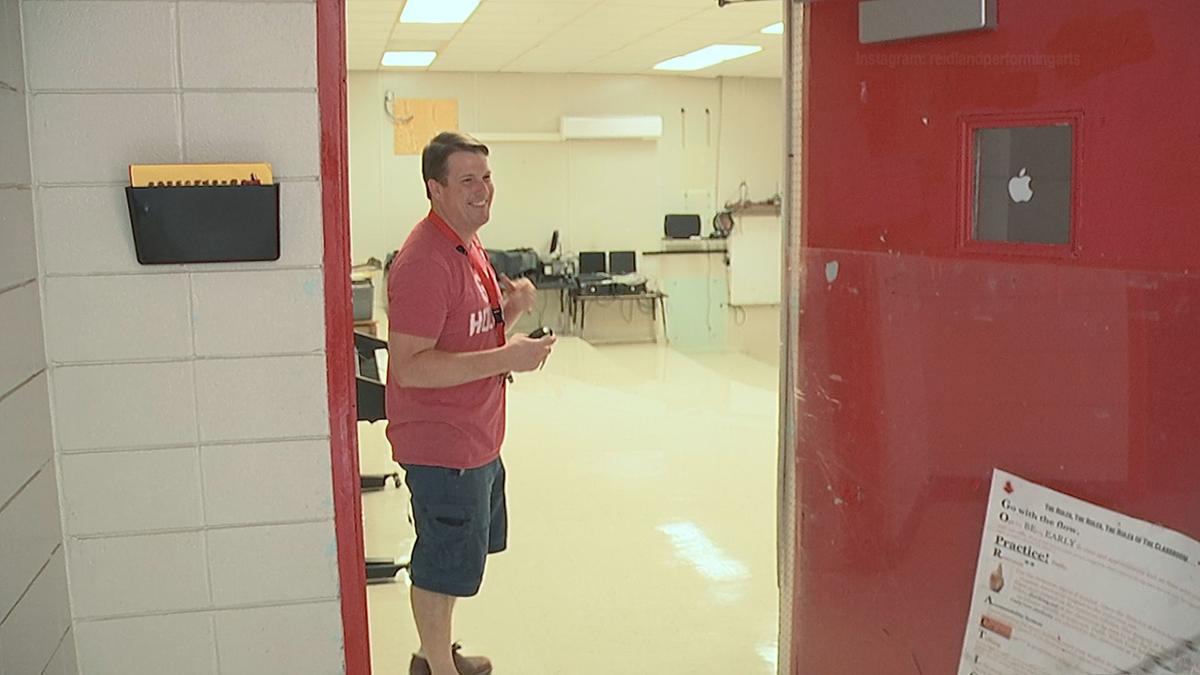 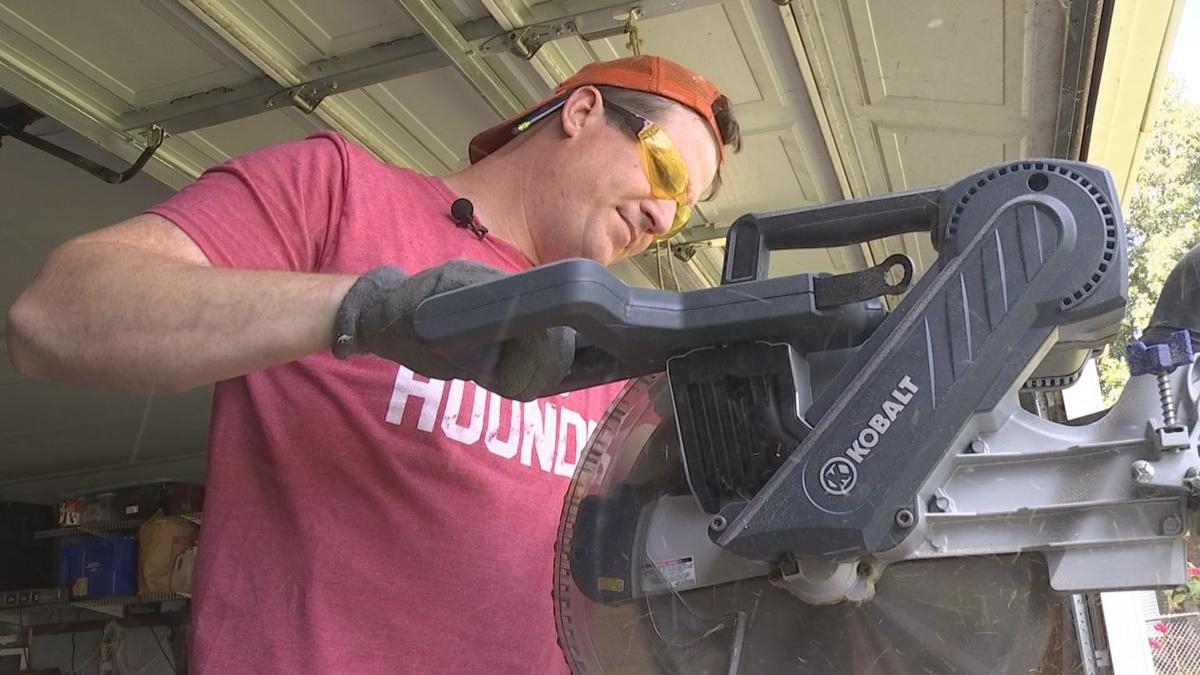 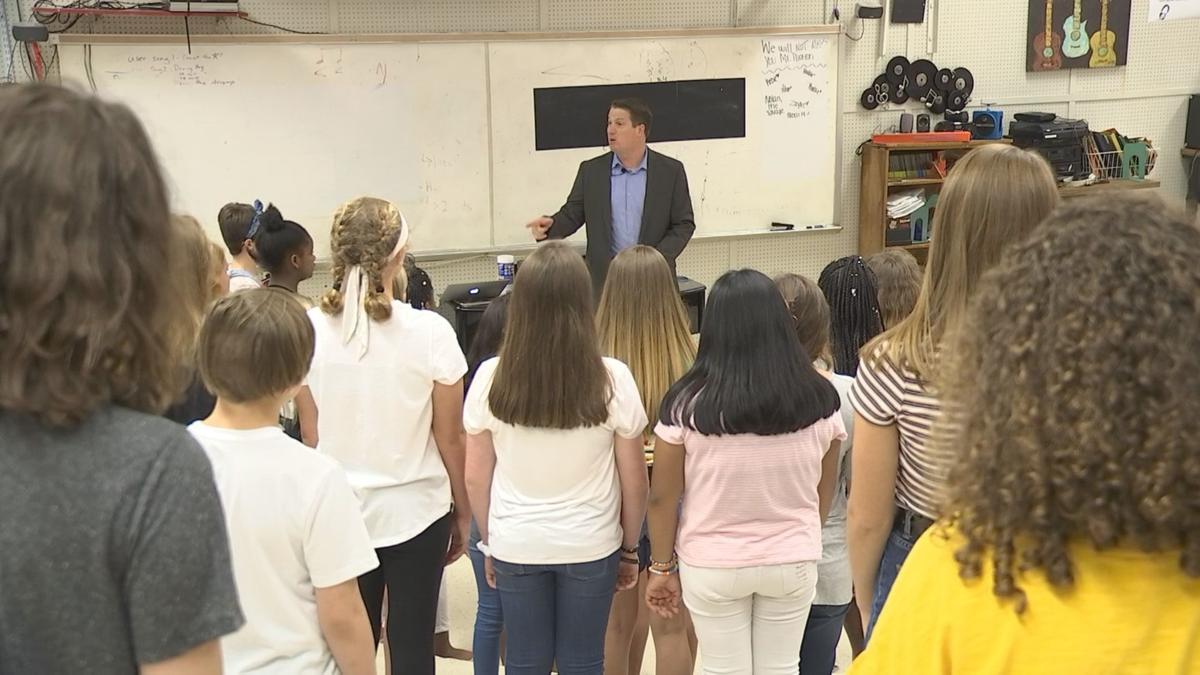 MCCRACKEN COUNTY, KY — School is back in session for your kids, but most teachers have been hard at work for weeks. That might be the entire summer if their load is hundreds of kids.

That's Chris Thornton's reality. He's the Reidland performing arts teacher, and educates 600 or so students between the intermediate and middle schools every year. He teaches band, choir and general music, and he organizes theater performances. He was back in the classroom with nearly 90 sixth-, seventh-, and eighth-grade choir students on Friday.

It takes a lot of time outside the classroom to make sure it all goes smoothly, but for someone like Thornton, the effort is well worth the Service and Sacrifice.

Set building is a dirty job. It's a little dangerous, too. So Thornton, Mr. T to his students, has been doing that at home over the summer.

"If I can get all that done, out of the way, then I can let the kids take over and let their creativity," Thornton said. "When they start putting their passion into it, I mean, that's like the biggest reward there is."

His garage is currently filled with wood and set pieces. All of it will end up at Reidland Intermediate and Reidland Middle. Behind the school is a small building that serves as his classrooms. Big things happen there.

A lot of people would say he's very brave to work with middle schoolers.

"I've had people come in the classroom, and just walk right back out, especially if I'm drumming — bucket drumming," Thornton said.

His empty, undecorated classroom space was a blank canvas when we visited.

"It's a blank slate, but that's exciting too," Thorton said. "I'm an artist, so blank slates are possibilities."

And the possibilities are endless, but only with a lot of work that's put in long before the kids return to the school's halls. For example, Thornton is contracted to work 186 days of the year. He may actually work 286 days, if not more, and teaching is not a 9 to 5 job.

He has to. He's teaches 600 kids on average every year, and it's a full workload.

"In a typical year, I have six to eight concerts to prepare for, for band and choir," Thornton said. "And then, two full-scale musicals."

This year, it'll be "Annie" and "School House Rock Live."

"’I'm Just a Bill’ — I've listened to that 10 times this morning, and thinking about the costume," Thornton laughed. "I'm going to put some kid in a, some student is going to be in a big, white, fluffy costume."

The results require sacrifices, including time with his family.

"There's a parade that day, and I'd like to be sitting on the sidelines, but we gotta' march," Thornton said.

He's a husband and a dad of two little girls.

Does he have a different perspective on teaching now that he's a dad? "Oh, most certainly," Thornton said. "It's become a full circle moment with me just teaching and walking into a classroom full of children who are other people's children. And they've got the same hopes and dreams, they've got the same expectations, and walking into a classroom like that, it's electrifying."

While Thornton has plenty of awards and accolades for his work, that's not why he gives of his time and energy. It's a work of art when his students learn the notes, but teaching is really a work of the heart, that requires plenty of Service and Sacrifice.

"How to survive in this world and to see beauty where there's maybe not," Thornton said of what he believes he should teach his students. "I hope that I pass along music to them, but more importantly I want them to know that I love them, and that I'll always be there for them. They're my children."