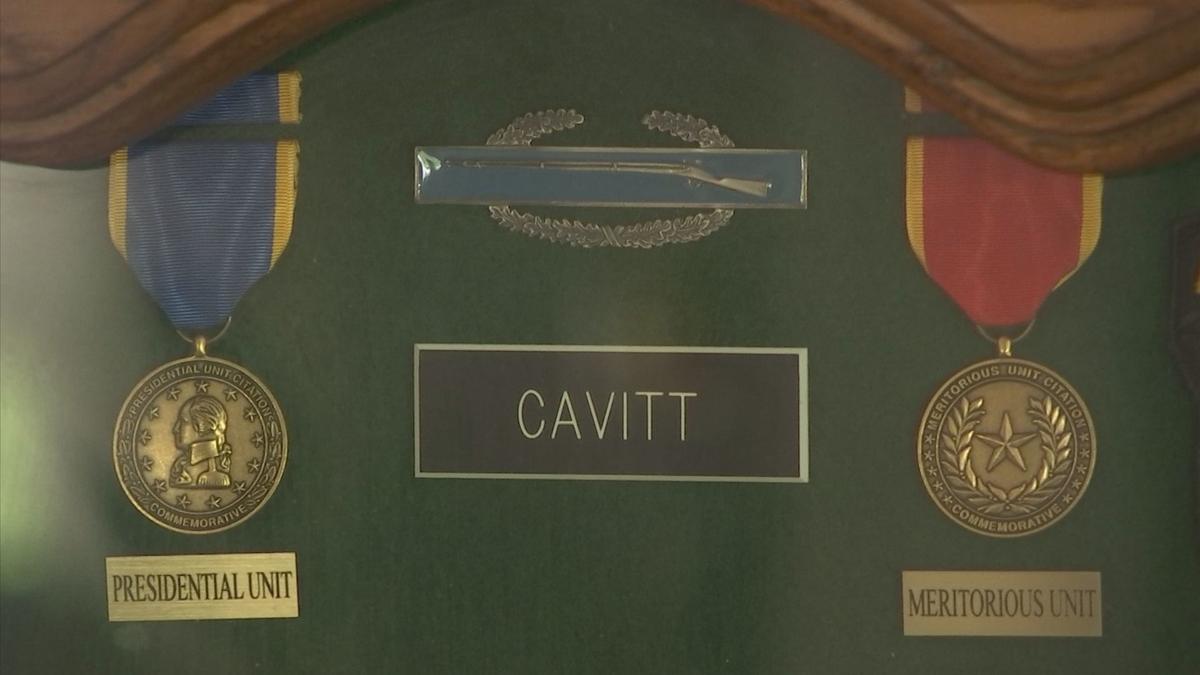 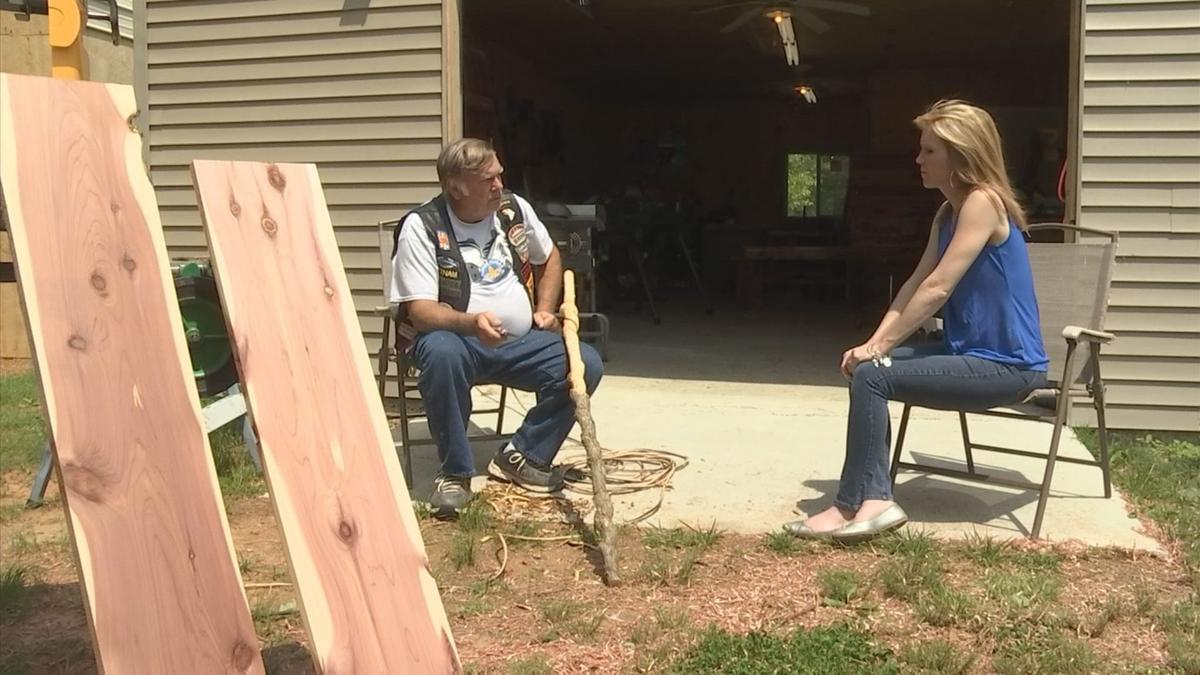 Cavitt talks with Local 6’s Jennifer Horbelt in front of his wood shop. 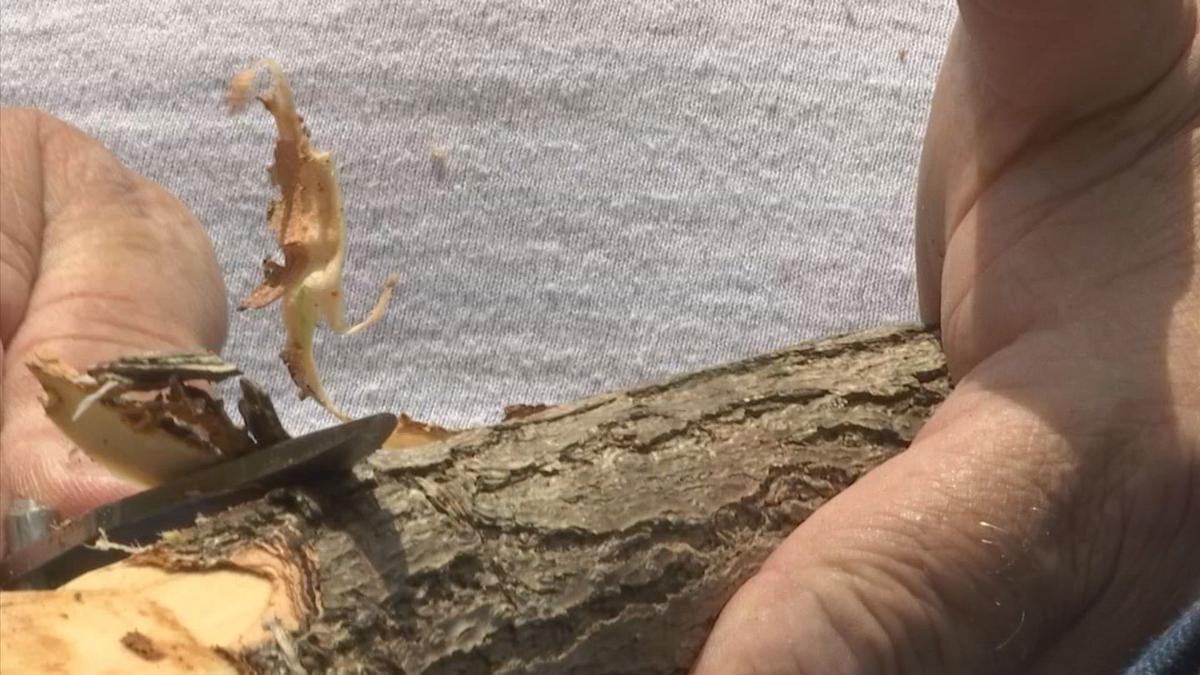 Cavitt sits in his backyard in Marshall County and whittles a branch to make a walking stick. 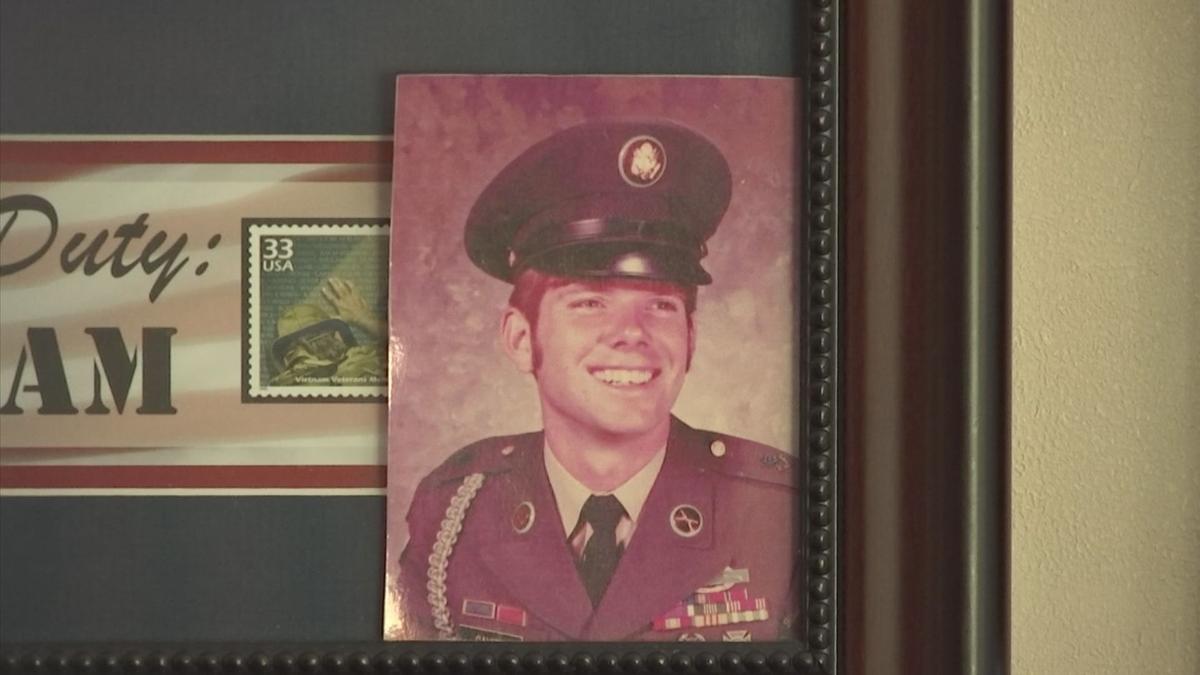 This is the last photo Dennis Cavitt took in his uniform, right after he returned from Vietnam.

BENTON, KY — For many soldiers, the hardest fight they’ll face isn’t on the battlefield. It’s in their own head.

The Mayo Clinic defines post-traumatic stress disorder as a mental health condition triggered by a terrifying event. Symptoms include flashbacks, nightmares and severe anxiety. PTSD is finally being talked about more openly, but it hasn’t always been that way.

PTSD wasn’t a recognized illness until 1980, five years after the end of the Vietnam War. In 1983, Congress requested the VA study the prevalence of PTSD among Vietnam veterans. That study became known as the National Vietnam Veterans Readjustment Study. It found 15% of Vietnam veterans were diagnosed with PTSD, but it’s estimated that at least 30% have dealt with PTSD in their lifetime.

Dennis Cavitt is one of them. It took more than 40 years for him to talk about what he lived through in Vietnam and how PTSD has impacted his life. He’s now sharing his story of how he’s learned to live with the price of service and sacrifice.

The peaceful sound of wind chimes was coupled with the loud buzz of a planer. “That’s why I come outside, because you see what a mess it makes!” Cavitt laughed as cedar chips flew in the air.

Those two sounds go together just fine in his yard. Cavitt spends most of the day outside the house in his wood shop.

“Now you can smell that sassafras coming out,” Cavitt said as he whittled on a branch.

It’s a pastime he can get lost in. “Yeah. I forget what time it is when I’m out here doing this,” Cavitt said.

That’s the point. He lives with things he’d rather not think about.

The sounds of Vietnam are ever present in Cavitt’s mind.

“You can remember the click of a hand grenade pin, when they release that,” Cavitt said. “And you know that sound. It stays with you. It’s embedded in your mind.”

Cavitt was a squad leader. He led a group of 11 men with the 101st Air Mobile unit. Their job was to find and cut off North Vietnamese supply lines in the jungle, corner and pin down the enemy, and kill them.

“A lot of times we’d be faced with overwhelming odds, and we’d have to call in napalm strikes,” Cavitt said. “You could feel the heat off the napalm as it exploded. And uh, it was pretty, uh, it was pretty intense.”

“I’m still there. Most of the time people ask me when I was in Vietnam, and a lot of times I say last night, because I have so many uh, nightmares and problems,” he said.

“They tried me on some medications that would try and make me sleep, but I don’t want to sleep, because when I go to sleep I wind up somewhere else.”

He lost men. To this day he can’t speak their names, but they are with him. They haunt him.

“A part of me died every time somebody got hurt.” Cavitt said. “I know that PTSD and the memories is always going to be with me until the day that I die. And I know those men and women who sacrificed what they sacrificed, they did it for a reason.”

Cavitt shared a picture of the last time he wore his uniform. He’d just returned home after 11 months in Vietnam.

How was that young man different than the one who went to Vietnam? “He was hurt,” Cavitt said. “He found out that life is not just all roses — that some people actually have to suffer and pay for, pay for things that we all take for granted.”

He doesn’t believe the war in Vietnam was worth the loss of so many men and women. He is, however, proud of his service.

“I might not have been fighting for the freedom in the United States, but I was fighting for freedom for somebody else,” Cavitt explained.

Still, he paid a price, as did every Vietnam veteran who came home — or didn’t.

“Got to take the good and the bad and live with both of them,” Cavitt said.

It’s taken some practice and a bit of life experience for Cavitt to say that. He’s taking his pain, and like an old branch, he’s whittling it into something else. Something beautiful.

“Everybody that has a rough edge has something beautiful inside. You just have to bring it out,” Cavitt said.

You can read Cavitt’s memoir on his experiences in Vietnam in the pdf below. 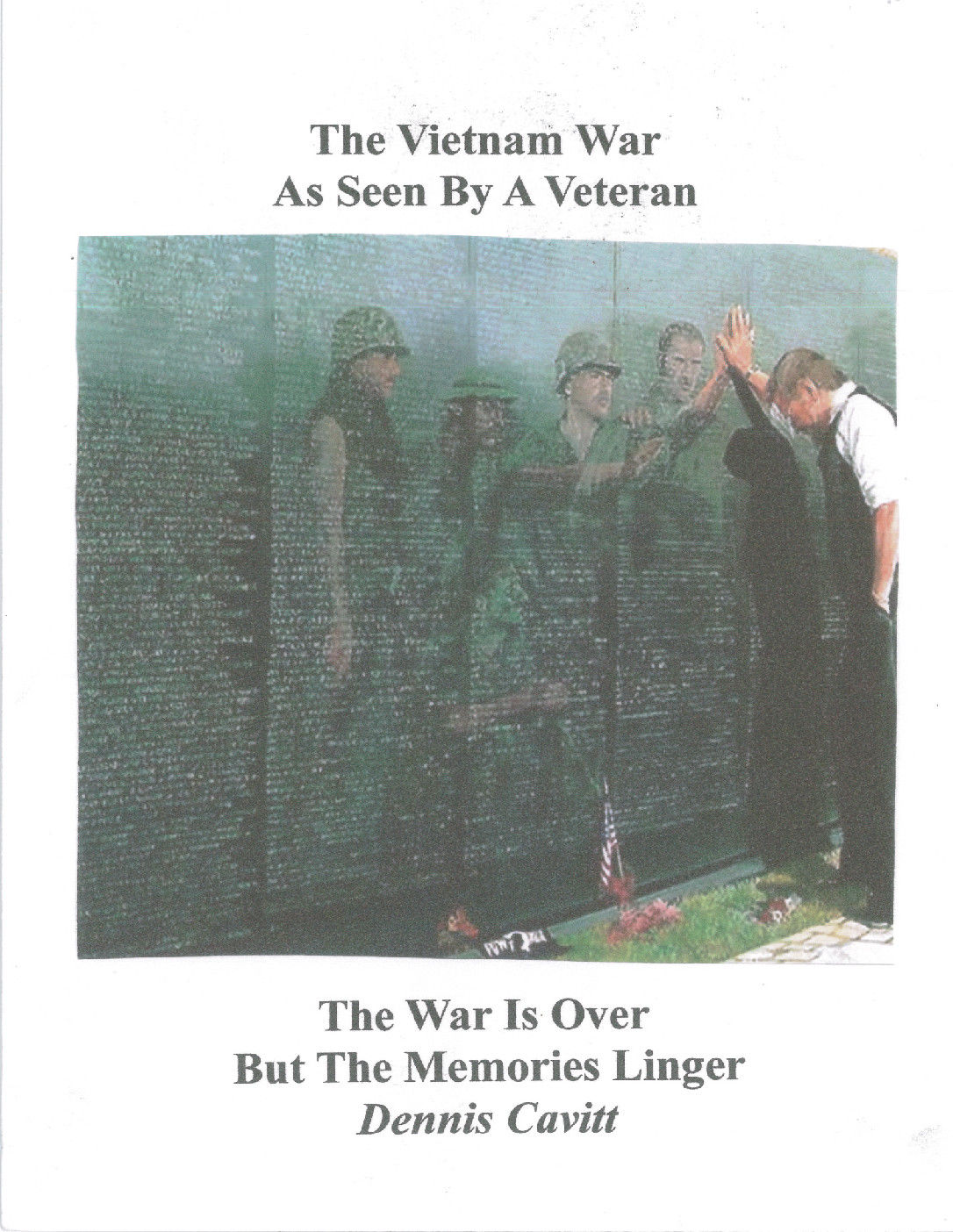