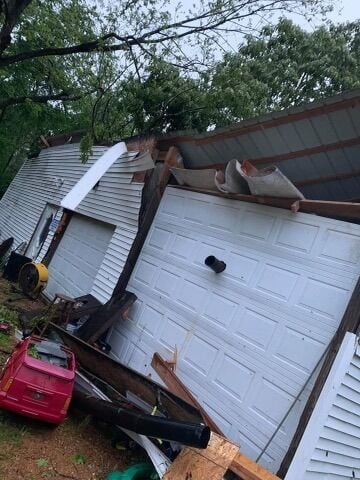 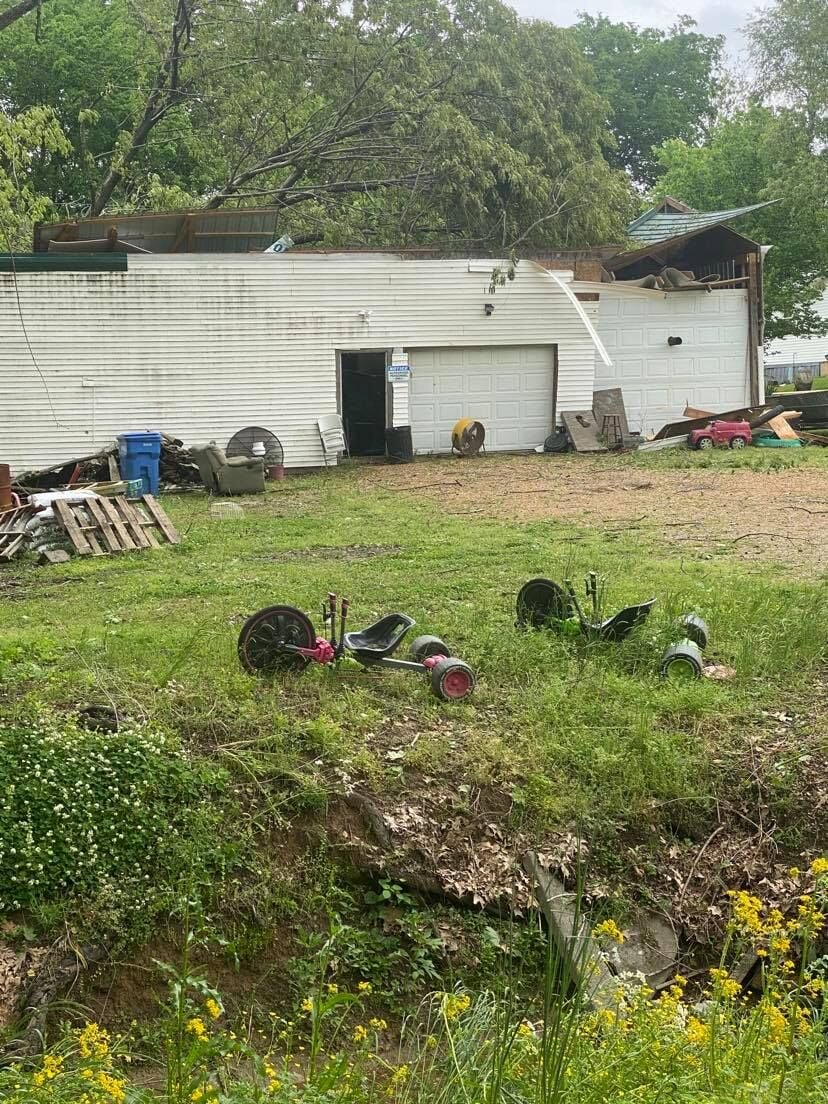 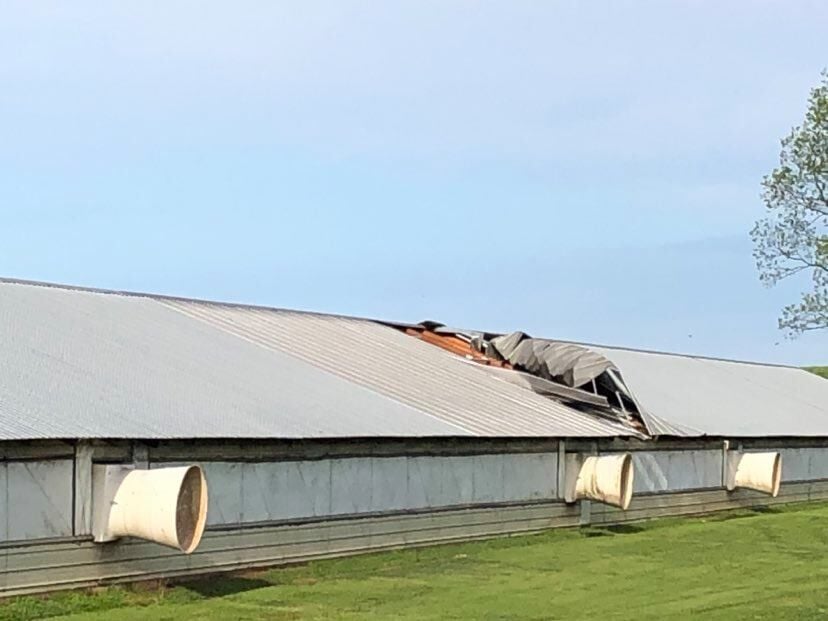 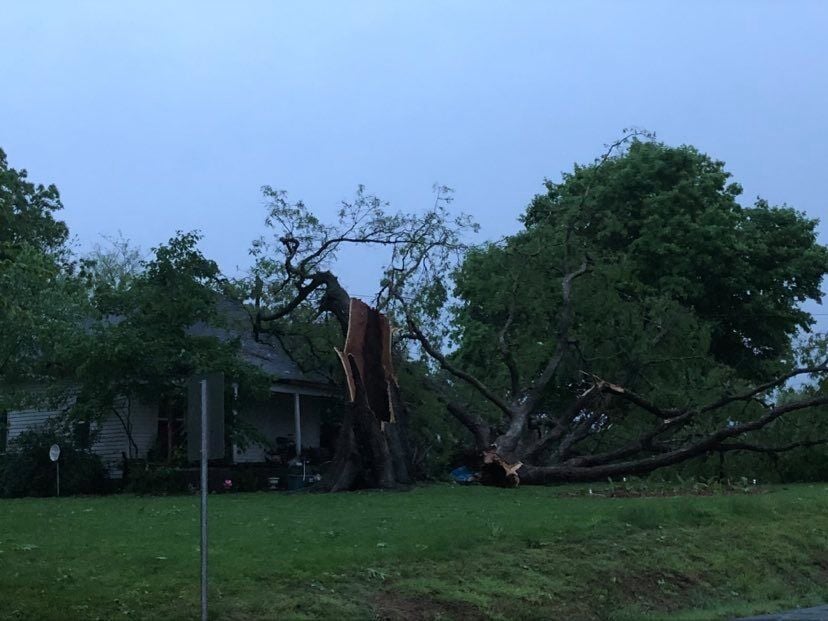 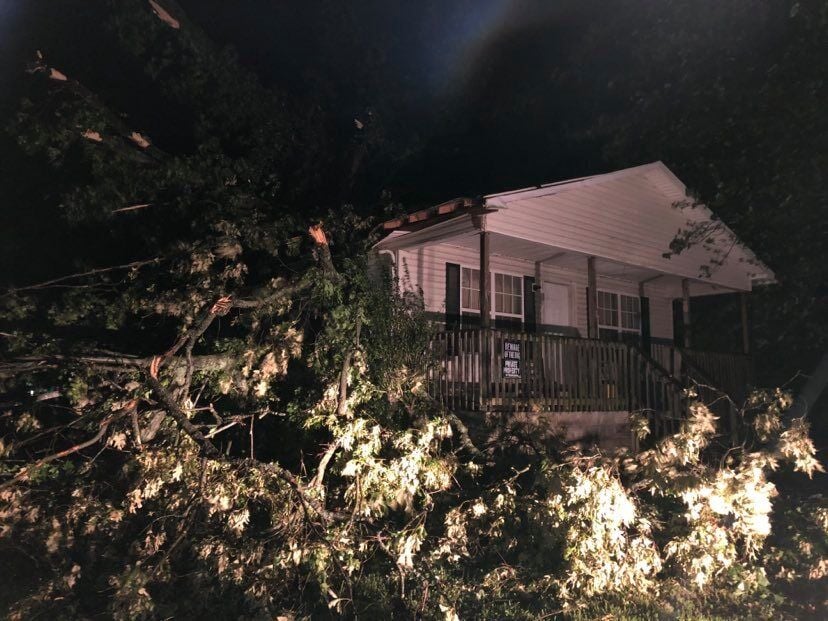 Jackson says at one point there were 65 trees covering main and secondary roads across the county. All main roads are back open Tuesday afternoon, and crews are now focusing on secondary roads. Jackson says many roads are closed as cleanup continues. City, county and state road crews and local good Samaritans are helping clear roads and clean up debris.

Jackson says 28 residential structures have some form of damage, and a dozen commercial structures are damaged as well, including farming structures, equipment and more.

He says one family was displaced from their mobile home because of damage from a fallen tree. The Red Cross is helping them and other families who need immediate fixes for their homes to prevent further damage from more rain and storms on the way.

The National Weather Service was called after the initial rounds of large damage reports came in. Jackson says the NWS has finished its survey of the county as of 2 p.m., but has not released the results of that survey yet.

County-wide power outages happened overnight. As of around 1 p.m. more than 600 people were still without power, Jackson says. Crews with Gibson Electric and Kentucky Utilities have been out working to restore power.

Jackson says crews were out last night before and after the storm, and they're ready to respond this afternoon as well.