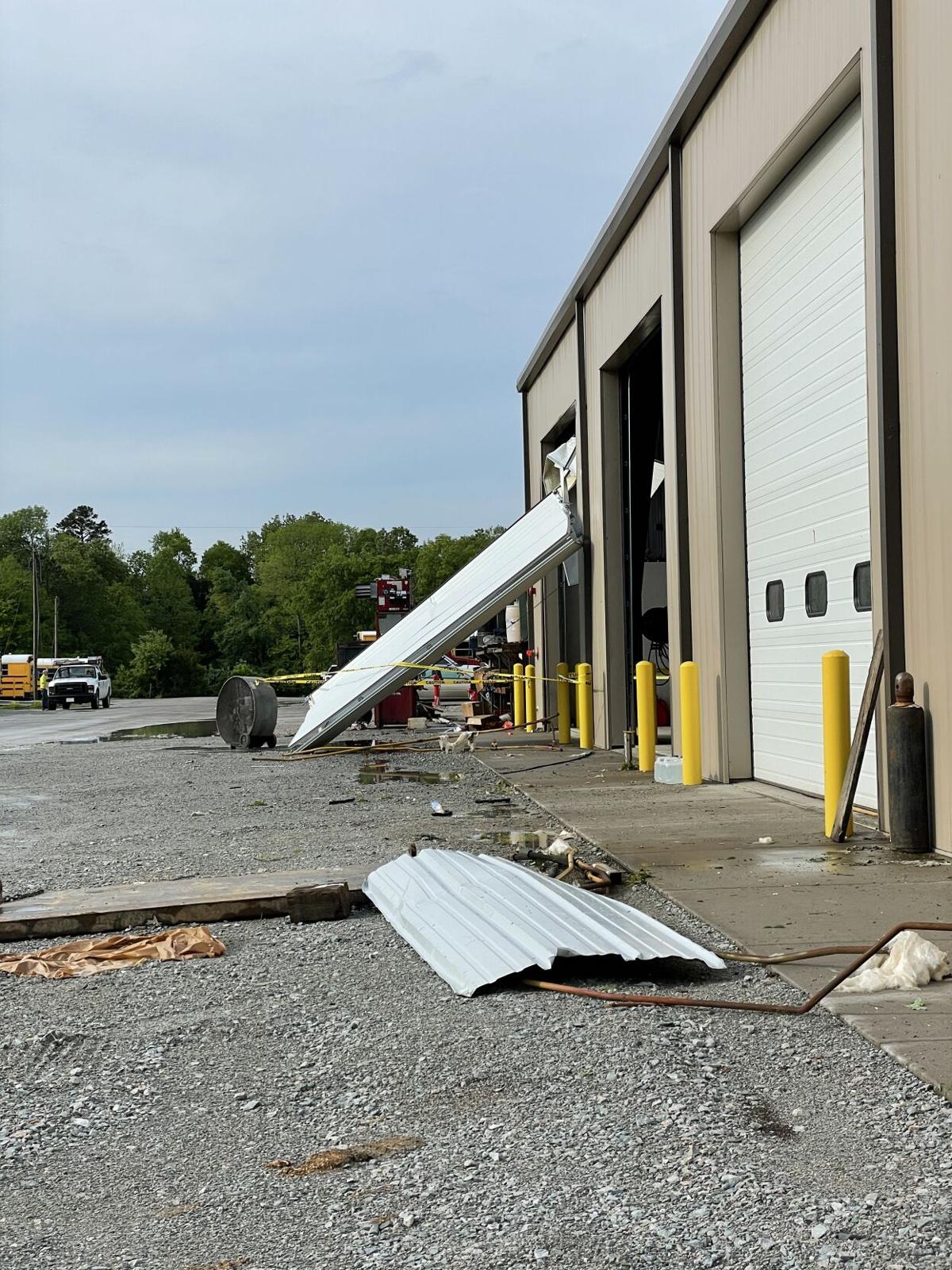 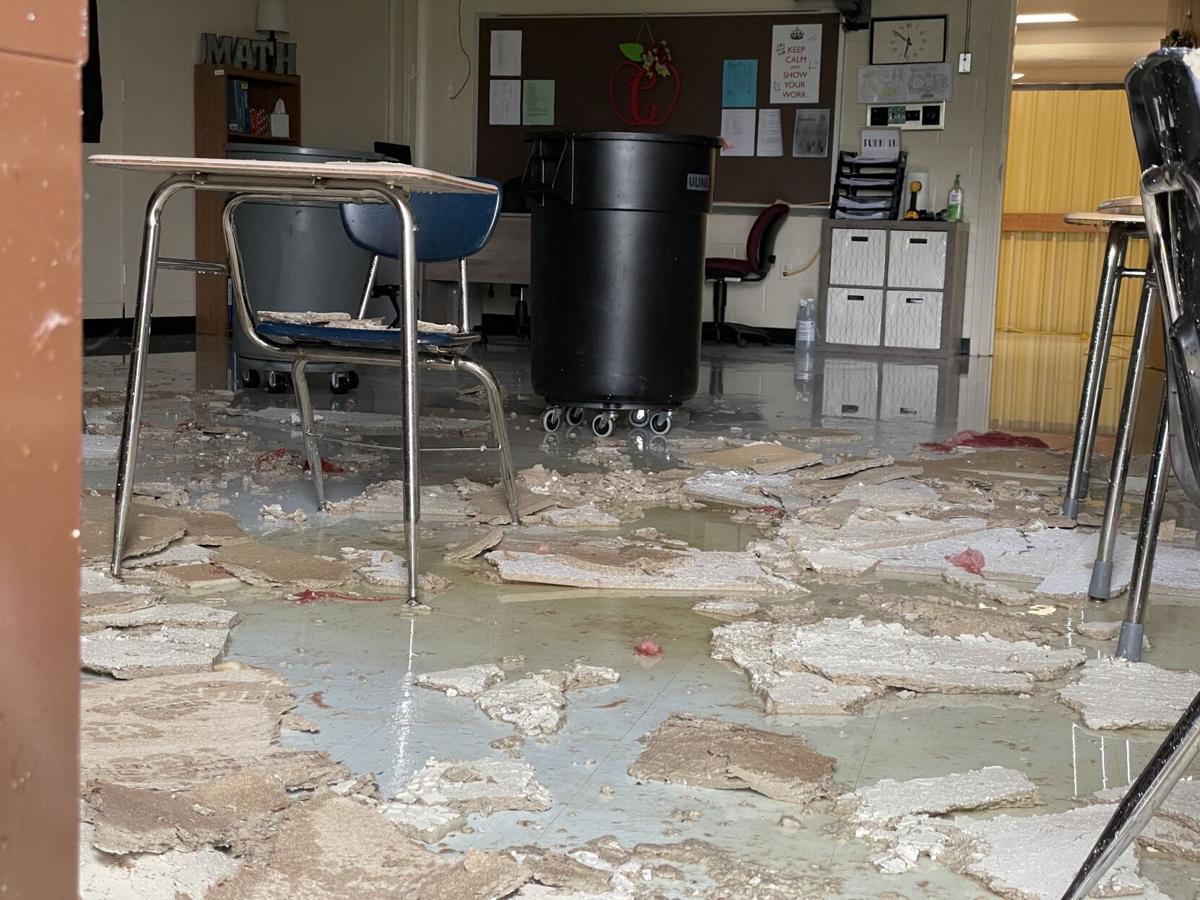 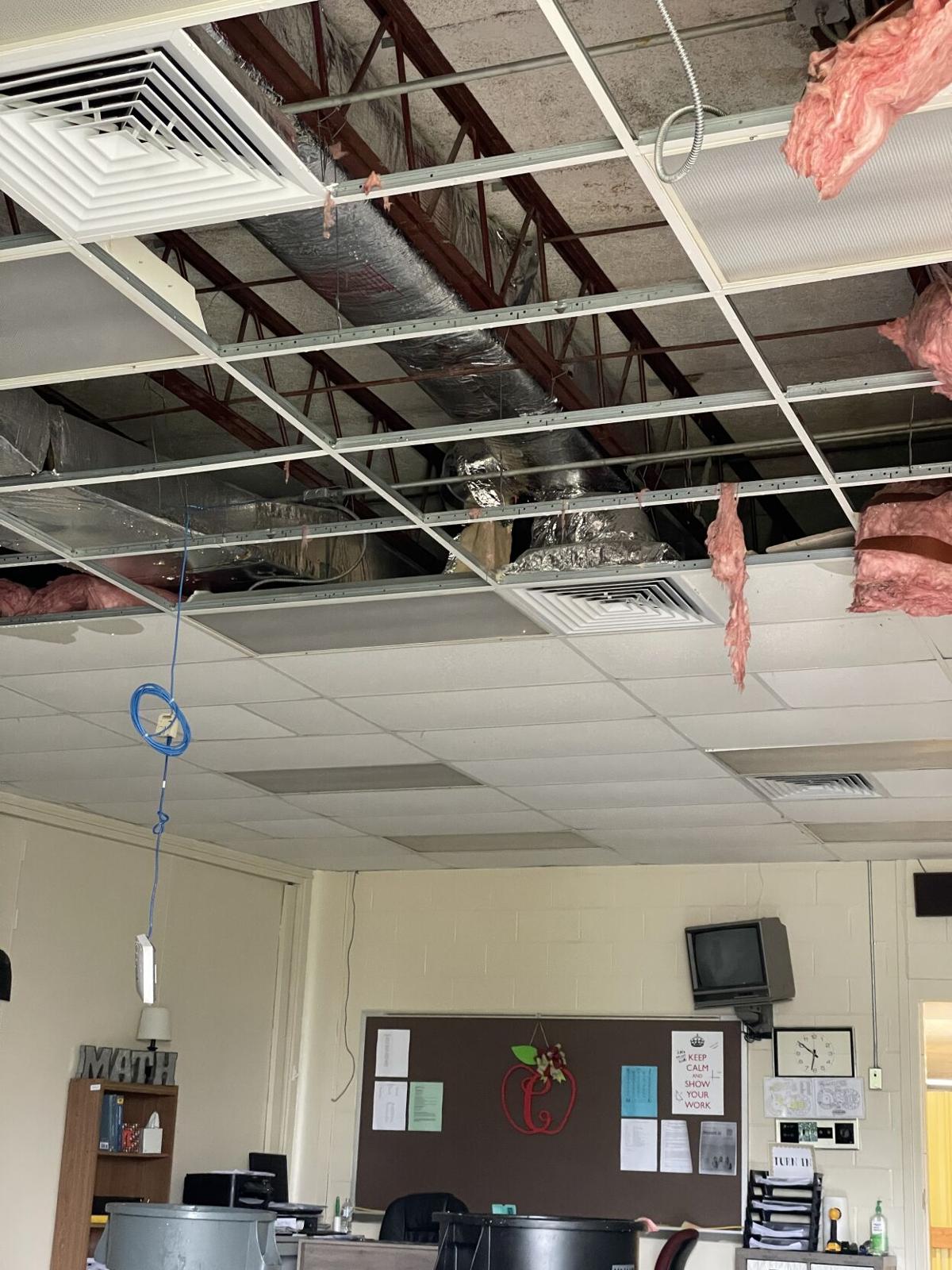 Weakley County Schools Communications Director Karen Campbell says the damage at the high school was "extensive." She says three classrooms were flooded because of roof damage, and water flowed from those rooms across the hall to the library, where it seeped into the carpet. She says two light poles at the football field were knocked down, the roof of a storage shed was blown across the road and a tree was uprooted.

Campbell says the storm tore the doors off the bus garage and took down a power line. The roof also sustained some damage, the school district says.

She shared multiple photos of storm damage at the school with Local 6.

Power line poles were also knocked down at the district's Personal Development Center, which took out Wi-Fi for all facilities.

Weakley County Schools Director Randy Frazier said unless there are any further issues Tuesday night, students will return to school on Wednesday, with some class locations at the high school rearranged because of the storm damage.

In Dresden, one person was killed because of the storm. The 49-year-old woman was reportedly sleeping when a tree fell on her mobile home. Weakley County Emergency Management Agency Director Ray Wiggington said the National Weather Service believes hurricane-force straight-line winds are to blame.

“We are mindful that there has been a loss of life and want to extend our sympathies. When faced with a natural disaster such as this, we want to keep our circumstances in perspective,” Frazier said in a statement. “While we do have problems that must be addressed, we are grateful that we have an excellent staff who have been on the scene and securing facilities.”