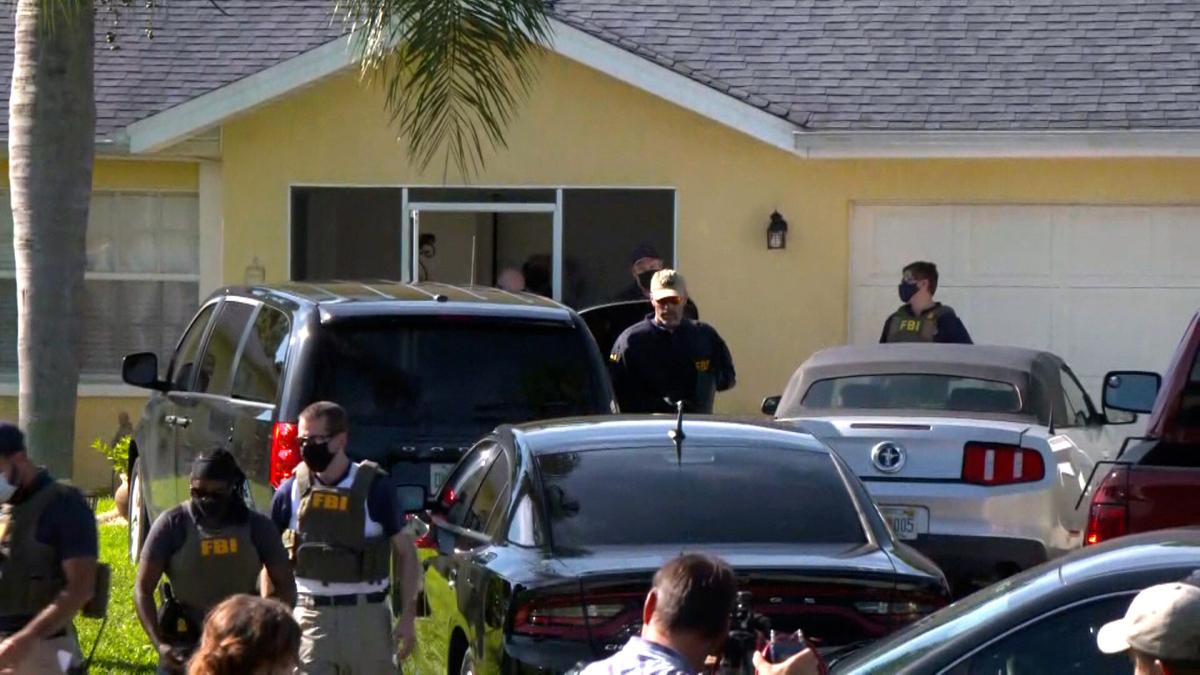 The FBI executed a search warrant at Brian Laundrie's home on Sept. 20. 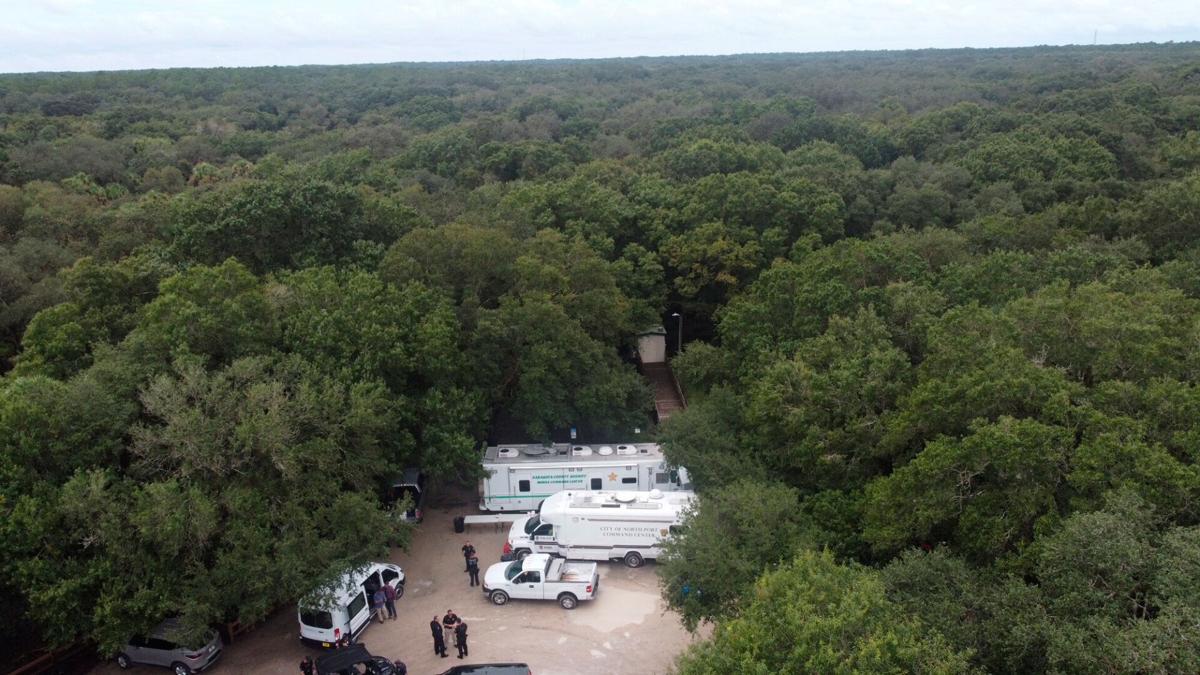 In this photo provided by the North Port Police Department, law enforcement officials search for Brian Laundrie on September 18 in the vast Carlton Reserve in the Sarasota area of Florida. 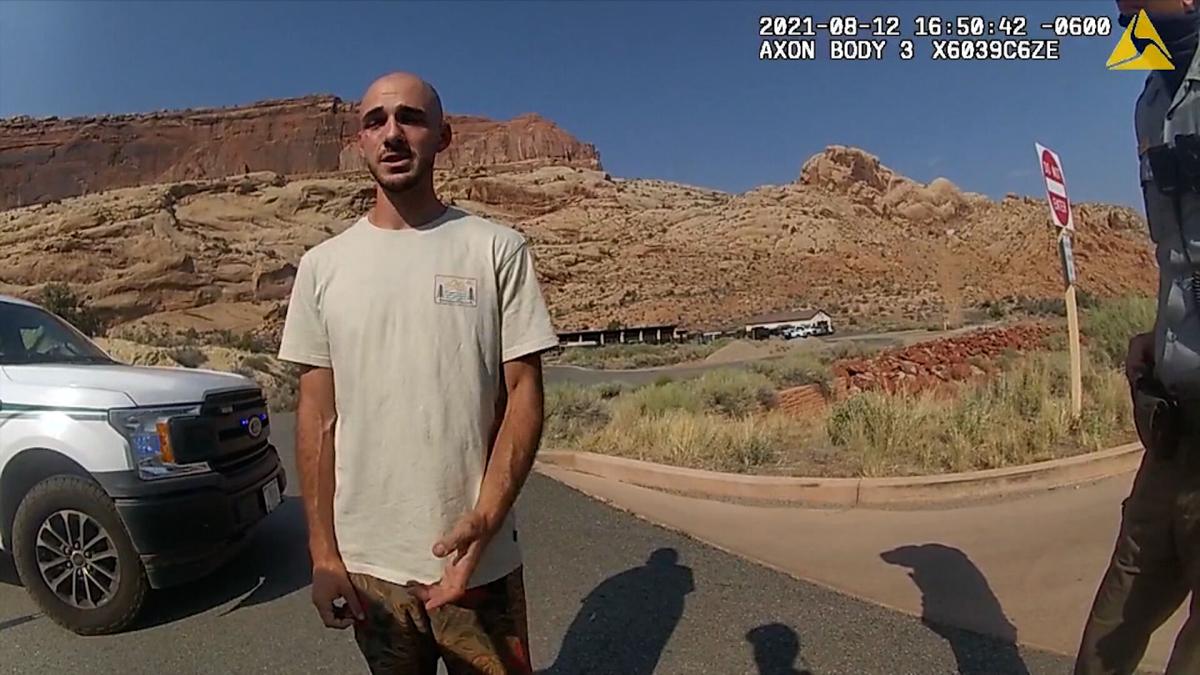 Bodycam footage from the Moab Police Department that shows them talking with Brian Laundrie is seen. Gabby Petito and her boyfriend Brian Laundrie were pulled over by police and talked to separately. 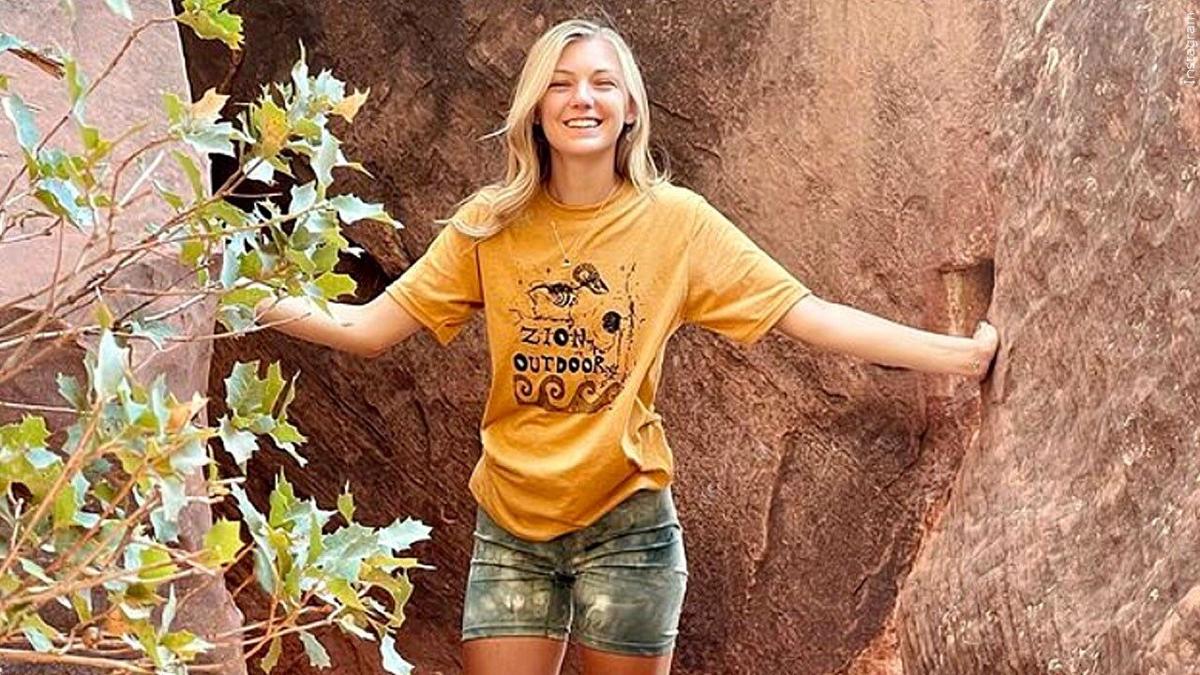 (CNN) — Police in Florida resumed their search Tuesday for Brian Laundrie, the fiancé of Gabby Petito who has been missing since last week.

Investigators are searching for Laundrie on the Venice side of the Carlton Reserve, a 25,000-acre nature reserve near the family's home in North Port, Florida. Agents were requested Monday afternoon, said Florida Fish and Wildlife Conservation Commission spokesperson Adam Brown.

The ongoing search comes as investigators try to piece together what happened to Petito, 22, and Laundrie, 23, on their road trip through the American West this summer. The couple had posted online regularly about their travels with the hashtag #VanLife, but those posts abruptly stopped in late August.

Laundrie returned to his parents' home in Florida without her on September 1, according to police. Petito was reported missing by her parents on September 11, and officials said Sunday they found what they believe to be her remains in Wyoming near where the couple had last been seen.

Laundrie had refused to speak with police about Petito's whereabouts prior to going missing, but he has not been charged and is not suspected of a crime, authorities said.

The case has become an obsession for many, spurring digital detectives to comb through the couple's online trail and try to solve the case. At the same time, that intense attention has highlighted how race and gender impact which of the nearly 90,000 unsolved missing persons cases get attention, and which ones don't.

CNN spoke with several experts in policing and search and rescue efforts to understand the challenges in attempting to locate Laundrie. Here's what they said.

Gabby Petito's remains believed to be found, while search for her missing fiancé shifts focus

Laundrie had a multiple-day head start

Police in North Port, Florida, have focused the search on the wilderness of the Carlton Reserve, relying on drones for video and bloodhounds who used Laundrie's clothing to get his scent, police spokesperson Josh Taylor said.

North Port police said Monday they shifted the focus of their search and are no longer looking for Laundrie in the nature reserve. "At this time, we currently believe we have exhausted all avenues in searching of the grounds there," Taylor said.

However, police said Tuesday morning they were again searching for him at the reserve. Authorities have been on site since 8 a.m. Tuesday, the state Fish and Wildlife Conservation Commission said.

The search "has yet to yield any answers, but we must press on," police said in a Facebook post on Tuesday.

"Please be aware, the Carlton Reserve is a vast and unforgiving location at times. It is currently waste deep in water in many areas," police said. "This is dangerous work for the search crews as they are wading through gator and snake infested swamps and flooded hiking and biking trails."

Before he disappeared, Laundrie had been home in North Port for about two weeks. The family told police on Friday, September 17 that the last time they saw him was three days prior.

Cheryl Dorsey, a retired Los Angeles police sergeant, told CNN on Monday she was curious why Laundrie's parents did not alert authorities about his leaving Tuesday.

"I get that he's a grown man," Dorsey said, adding that he's still just in his early 20s. "What influence, if any, do (his parents) have over him? He decides to go backpacking and they couldn't stop him?"

In a place like a nature reserve, foliage and the lack of sunlight affects visibility, according to Chris Boyer, executive director of the non-profit National Association for Search and Rescue (NASAR). The night can also hamper efforts, especially if the person being sought has no source of light or fire.

But when it comes to people eluding authorities, the search becomes much more difficult. An evasive person is more than likely wearing clothing that helps them blend in with their surroundings, Boyer said. In order to avoid being seen by helicopters or drones, an individual may also crawl in creek beds and avoid leaving tracks — such as footprints, trash or evidence of a fire.

Boyer said technology like night vision goggles, drones and thermal sensors could help in pinning down a person's location.

Boyer, the NASAR director, said trying to find a person in the wilderness can be very difficult.

"It's really hard to find people even when they want to be found," he told CNN on Monday.

What makes finding Laundrie difficult, though, is the distance he could have already traveled before authorities started looking for him.

"The search area starts to grow every hour he could be in a car or be on foot," Boyer said. "It gets pretty daunting, to be honest."

Laundrie has not been charged with a crime

Laundrie has not cooperated with police in their search for Petito, and because he has not been charged with a crime or been named a suspect, police are unable to do any more than file a search warrant.

The FBI executed a search warrant Monday on Laundrie's parents' home, where he lived with Petito.

The FBI removed Christopher and Roberta Laundrie from the home, executed the search warrant, and then brought them back inside for questioning, Taylor said. The search of the home concluded Monday evening, the FBI tweeted.

Police visited the home last week but the family refused to talk and instead gave authorities their attorney's information, Taylor said.

On Saturday, Taylor reiterated police were limited in what they could do because "we don't have a crime."

"Laundrie is not a suspect in a crime. We think he is likely one of the last people to see Gabby Petito alive, and for that reason he's a very important witness," said Andrew McCabe, CNN senior law enforcement analyst and former deputy director of the FBI.

Before he vanished, Laundrie was silent about Petito's disappearance. North Port Police Chief Todd Garrison told CNN's Don Lemon last week that Laundrie had invoked his Fifth Amendment right, which generally means a person cannot be forced to make statements they feel might be negative or used against them.

Steve Moore, retired FBI supervisory special agent, told CNN on Monday that in order to obtain a search warrant, authorities would need to have probable cause there had been a crime and the person at the home was involved in the crime.

"What I believe people in law enforcement are doing right now are making sure they have all the t's crossed and i's dotted because I think they believe — and I believe — they know who did this and they want to make sure their case is perfect at this point," Moore said.

McCabe told CNN's Ana Cabrera on Monday police had gotten to the point where "the search warrant absolutely has to be executed."

"Primarily, I think what the investigators will be looking for are anything that he may have written, any recordings of his thoughts, if he wrote any notes, if he kept a journal," or any electronic activity and history he may have, McCabe said.