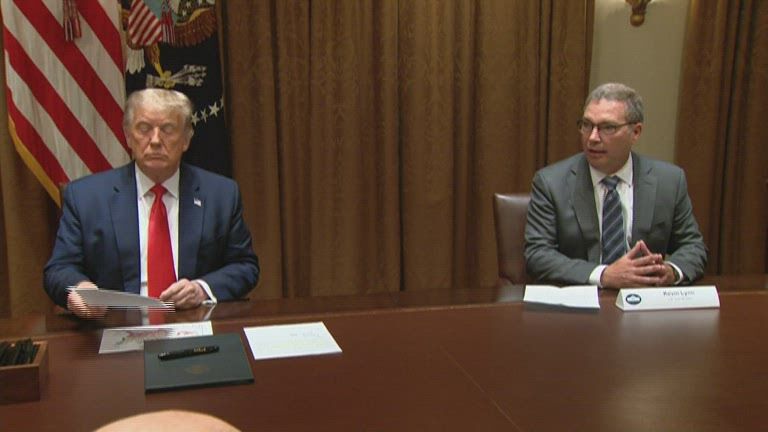 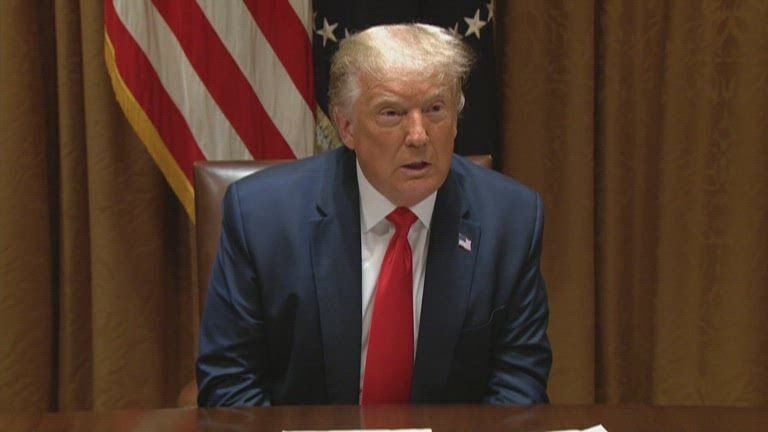 (CNN) -- President Donald Trump removed two Tennessee Valley Authority board members from their positions and called for the board to replace their organization's CEO on Monday, part of a disciplinary action against the federally owned corporation for opting to hire foreign labor.

Trump said in the Cabinet Room that he was removing TVA board chairman James "Skip" Thompson -- who the President nominated to the TVA board in 2017 -- and another board member, Richard Howorth, from their positions. He also called for TVA CEO Jeff Lyash, considered to be the highest paid federal employee in the country, to be replaced and for the TVA CEO position to have a smaller salary. Trump does not have the authority to remove Lyash, however.

The TVA is a federally owned corporation established in 1933 which now provides electricity to Tennessee and parts of surrounding states. It also "provides flood control, navigation and land management for the Tennessee River system," according to the TVA.

The TVA was first established to essentially act a modernization project to develop one of the regions of the US hardest hit by the Great Depression, as part of President Franklin D. Roosevelt's New Deal programs. Though its shares are owned by the federal government, TVA functions as a private company and does not receive taxpayer funding.

Trump said Lyash "made a disastrous and heartless decision" by announcing that 200 American workers would be replaced with cheaper foreign workers brought in from overseas.

The President said the decision "has sadly and cruelly betrayed American workers."

Later in the meeting, Trump read a note and said the White House had gotten a call from Lyash, who "indicated a very strong willingness to reverse course" on the decision to hire foreign workers.

During the meeting on Monday, Trump signed an executive order related to federal contracting and hiring practices "with the interests of American workers."

In a statement following the President's announcement, a TVA spokesperson said the organization understand and supports Trump's executive order.

"All TVA employees are US-based citizens. All jobs related to TVA's Information Technology department must be performed by in the US by individuals who may legally work in this country," it said.

"As a federal corporation, TVA's Board members serve at the pleasure of the President. The Board's by-laws allow for the Board to continue its oversight function with the loss of one or more of its members," the statement added.

Trump claimed that he would effectively be terminating Lyash from his role as TVA CEO by removing the two board members, since the TVA board is ultimately responsible for selecting its CEO. But the President also threatened to remove more board members if the decision to hire foreign workers was not reversed.

"We have the absolute right to remove board members and the board makes the decision. I don't make the decision," Trump said. "I saw there was an ad on television talking about how much the chairman makes and it's a ridiculous amount of money. But we have the right to replace the board. The board is the only ones that get the right to then hire a new person."

Trump said Lyash "is ridiculously overpaid. He earns $8 million a year" and asserted that he wasn't doing a good job.

The President said the new TVA CEO must be paid "no more than $500,000 a year" and must not receive a "lavish" exit package.

"We're getting rid of him, in one form or another. Either the board's going to do it, we're going to do it. But he's gone," Trump said of Lyash.