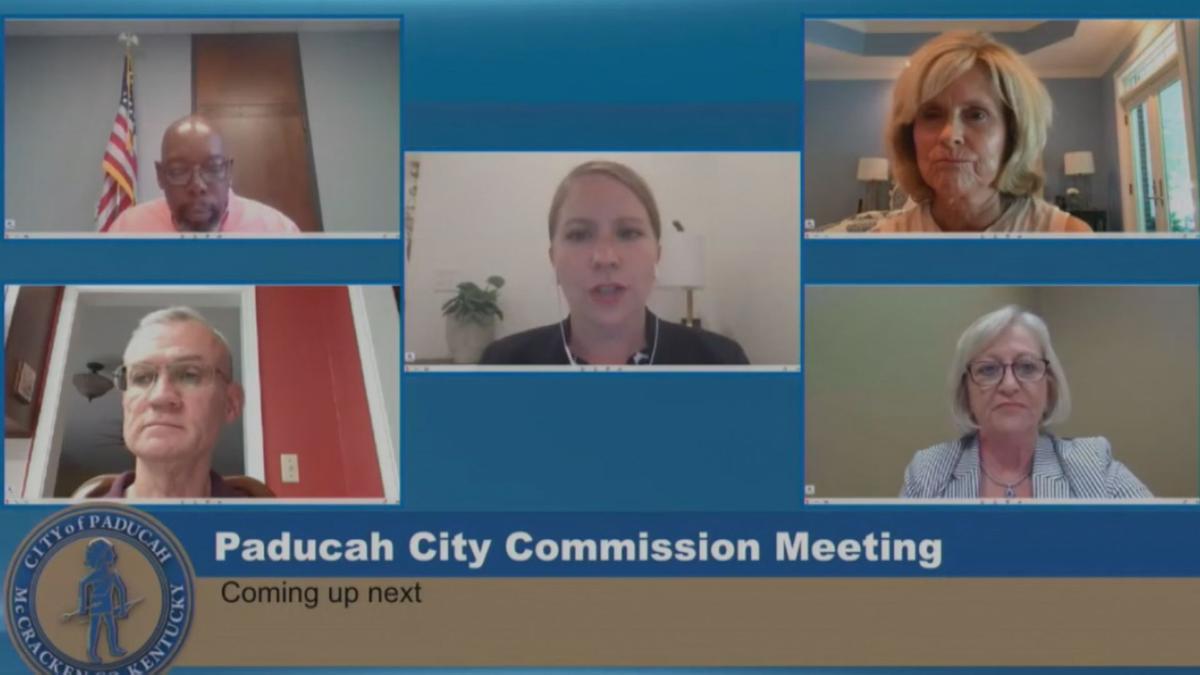 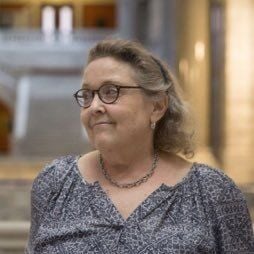 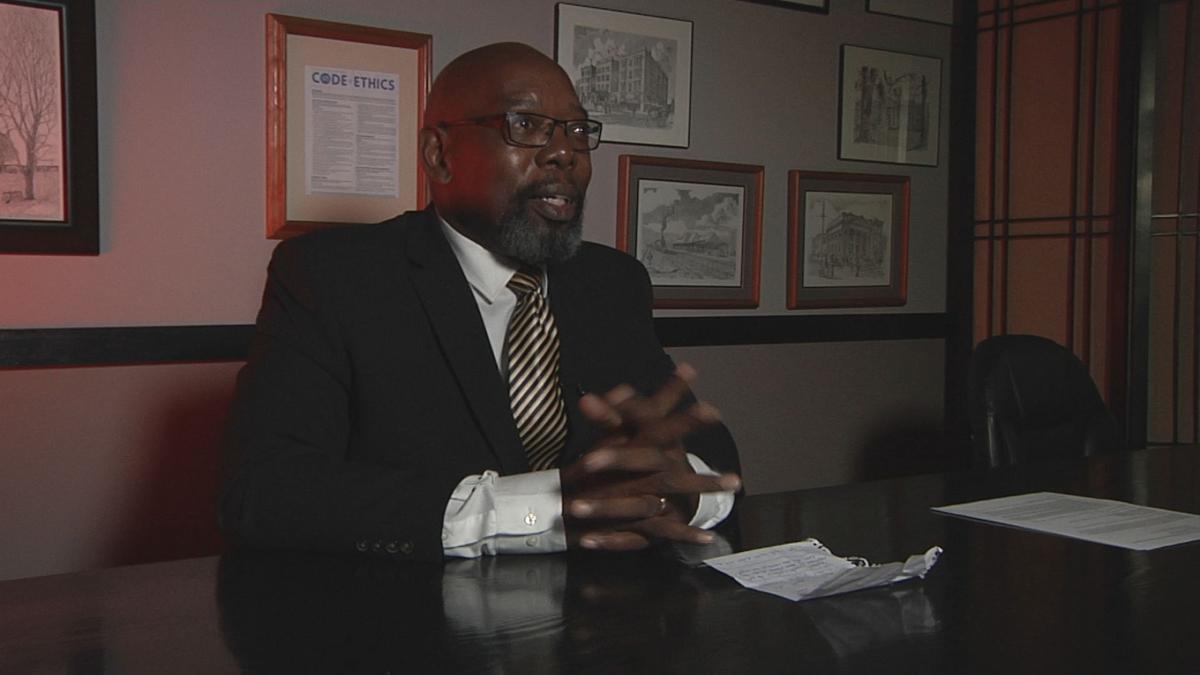 PADUCAH— Two open meeting complaints have been filed against the city of Paducah in regards to their last commission meeting that happened on July 28.

One complaint was filed by City Commissioner Richard Abraham, and the other by WPSD Local 6.

The meeting was held virtually due to what the city claims is concern over COVID-19. It lasted more than two and a half hours, and commissioners considered and acted on major and controversial multi-million dollar projects.

The first item acted on was pausing the more than one million dollar contract with Nashville's, Lose Design, for the $20 million aquatic center. This item was a do over because of the commissions failure to follow legal requirements in a previous meeting.

The second item was the first reading on an agreement with Louisville's, Weyland Ventures, to begin the city block project that includes building a boutique hotel where the downtown parking lot is.

The third agreement covered during the virtual meeting was extending a real estate option with the Holiday Inn that's located downtown. That one has drawn criticism from McCracken County Judge Executive Craig Clymer.

The virtual meeting started with a big problem. In the video viewers can see Mayor Brandi Harless talking, but you can't hear her. When her sound is finally turned up, Harless announces another major technical problem.

"Unfortunately the YouTube live stream is not working but we are recording the meeting so anyone can watch this after," Harless said.

That meant the public was not getting access to an open meeting in one of the places that city said it would. The technical issues didn't stop there. Static could be heard throughout parts of the meeting. Also, for 13 minutes, Commissioner Brenda McElroy could not be heard on the broadcast.

"Okay, we can't hear you for some reason," Harless said addressing McElroy.

At one point McElroy wasn't even seen on the screen, but the meeting continued anyway.

"Did you see that last meeting? It was terrible," said City Commissioner and Mayoral Candidate, Richard Abraham.

Because of the problems, interruptions, and failure to stop the meeting to address them, Abraham has filed a complaint. He claims the meeting violated state open meetings law.

"When you go to a different forum and there's interference and you can't hear, you can't see, where did the commissioner, where did he go? I can't hear what he's saying, I'm really not able to participate in this meeting," Abraham said.

Cameron confirmed in his guidance that meetings can be conducted virtually, as the open meetings law already allows. His opinion also said, "If the video or audio broadcast is interrupted for any reason, the meeting must stop until the broadcast is restored." That guidance affirms Senate Bill 150, which was passed in April to oversee how meetings should be conducted during COVID-19. Abraham said the city didn't follow the rules.

"What happened a couple of weeks ago did not constitute a meeting," Abraham said. "It was, it was fried actually, so if that's the rules, that's the law, then um, that meeting didn't count."

"I am deeply troubled by it," said Retired Assistant Attorney General Amye Bensenhaver. "I think there are things that could have been done to address it."

For 25 years, working with six Attorneys General, Bensenhaver wrote some two thousand opinions on open meetings and records. She believes Abraham is right.

"There were piecemeal ways to deal with the various problems," Bensenhaver said. "You couldn't hear the person, you couldn't see these people. I think you know that's not satisfactory resolution, that's a partial resolution. So, yeah if I were writing the opinion, I would probably call them out and say these are problems that should have been addressed."

The WPSD complaint additionally said the city violated a provision of the law, also affirmed by the Cameron guidance, that "all members be seen and heard." Throughout the entire meeting, the broadcast frequently showed only the person speaking for long periods of time. Any action, reactions, or movement of commissioners was private and unseen. This did not, in the words of the Cameron opinion, "Permit the public to observe what remains an open meeting under the act."

The broadcast also included incidents where the voices of an unknown technician, the City Clerk and City Manager were heard, but they were not seen.

Our complaint says, "Any reasonable person viewing this event cannot help but believe it failed to allow the citizens of this community the responsible governance and access to the public's business to which they are entitled."

As required by law, our letter says to resolve the complaint the city must do the following. First, acknowledge that it violated the open meetings act on July, 28. Second, all action taken during the July, 28 meeting must be repeated in a public meeting complaint with the law of the Commonwealth. Third, if the city chooses to conduct the meeting utilizing technology, it must take the steps to ensure it is readily available for the viewing of all citizens. Fourth, the city must ensure the broadcast is free of interruption and technical failure, and that the commissioners are all visible to those viewing.

The city has three business days to respond to both the complaint from Commissioners Abraham, and WPSD Local 6. The complaints were filed Friday, so the city has until Wednesday to respond. If the complaint is not resolved, the two parties can appeal to the Attorney General, or directly to Circuit Court.

We reached out to both Mayor Brandi Harless, and City Manager Jim Arndt about the matter. Arndt has not returned our calls. Harless said in a text message she did not have time for an interview, but sent us the following statement:

"Our city clerk called the AG's office to make sure we were in compliance at the last meeting. You have been given a copy of her memo. It clearly outlines the response from the AG. These are challenging times and our team is working hard to keep the business of the city running. I hope your network will join us in acknowledging the tough times we are in and how hard everyone is working to keep one another safe, instead of constantly attacking the efforts our the team."

WPSD, as our complaint states, does not believe the questions as reported in the email memo from the clerk, were on point.  The two questions purportedly asked do not accurately describe the meeting or the concerns we raised earlier with the City Manager.  Rather than “clearly outline the response of the AG,” the memo reports the Clerk’s interpretation of the phone call. Former Assistant Attorney General Bensenhaver says in her 25 years of service, policy did not allow informal phone opinions like the one described.

The city commission is set to have another virtual meeting this coming Tuesday. the agenda for Tuesday nights meeting includes approving an agreement with Weyland Ventures to move forward with the city block project that includes building a boutique hotel.

You can read both complaints, and Attorney General Cameron's guidance on meetings below. 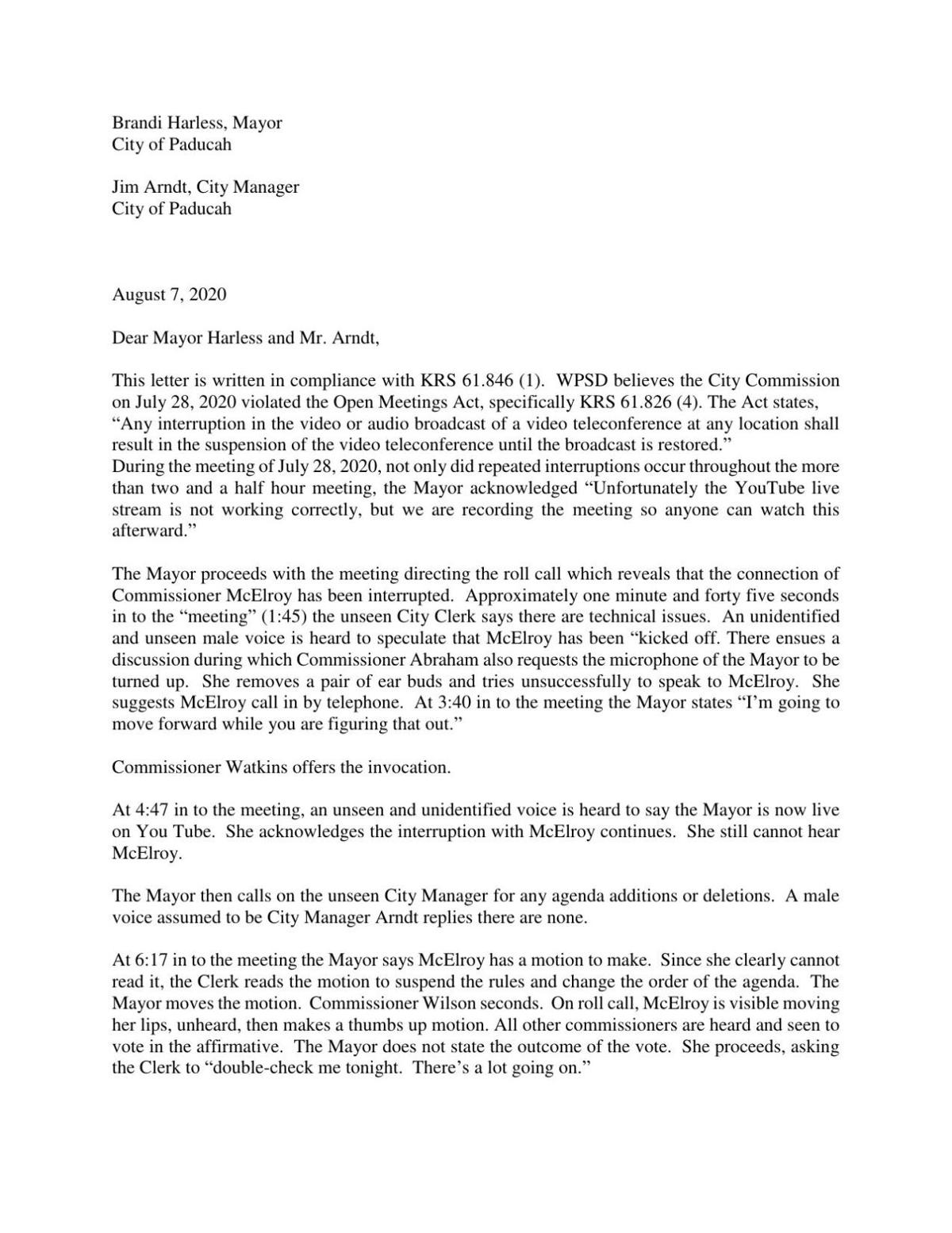 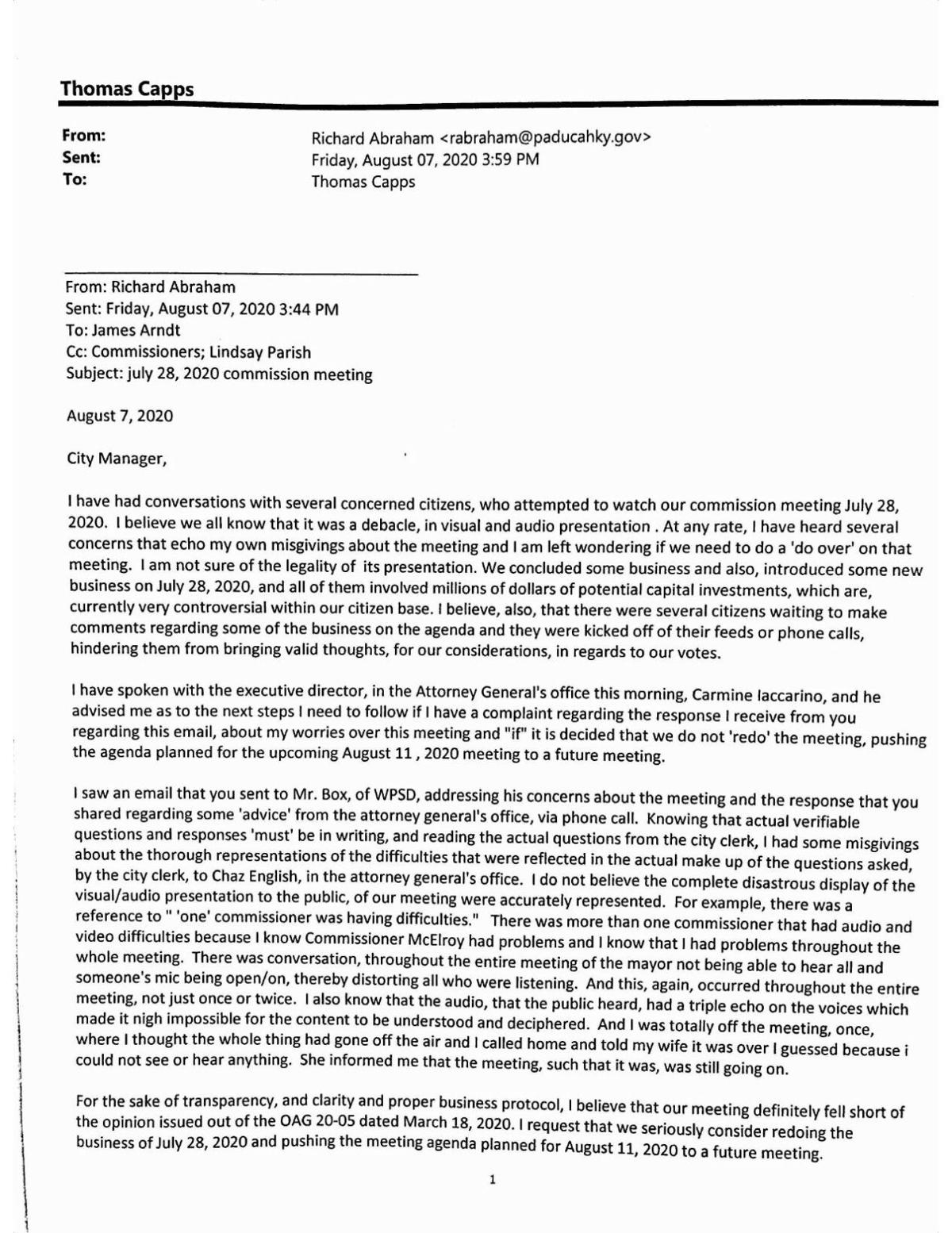 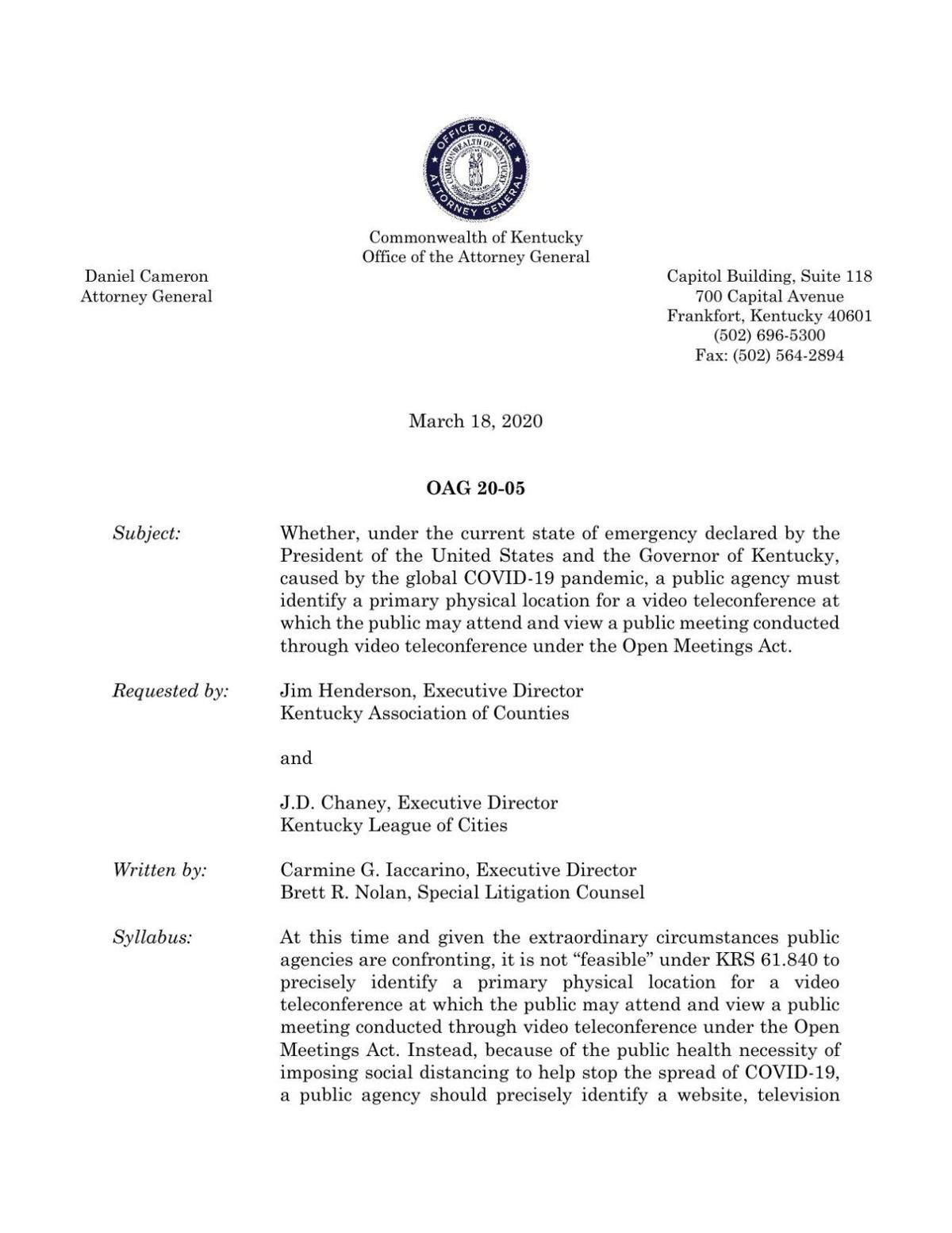