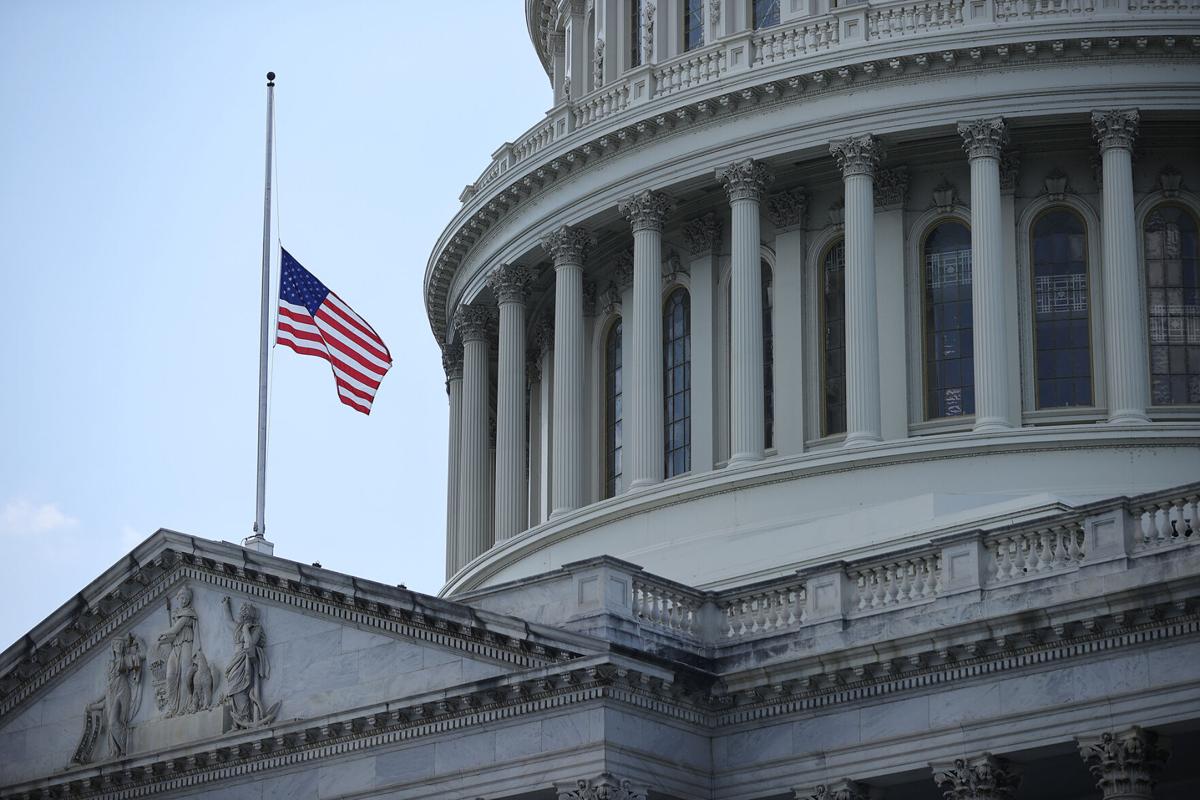 House Speaker Nancy Pelosi ordered the flags at the US Capitol to be flown at half-staff on Friday in honor of a US Capitol Police officer who died after a suspect rammed a vehicle into a police barricade outside the Capitol building Friday afternoon. Pictured is the US flag flying at half-staff in honor of Rep. John Lewis outside the U.S. Capitol on July 27, 2020 in Washington, DC. 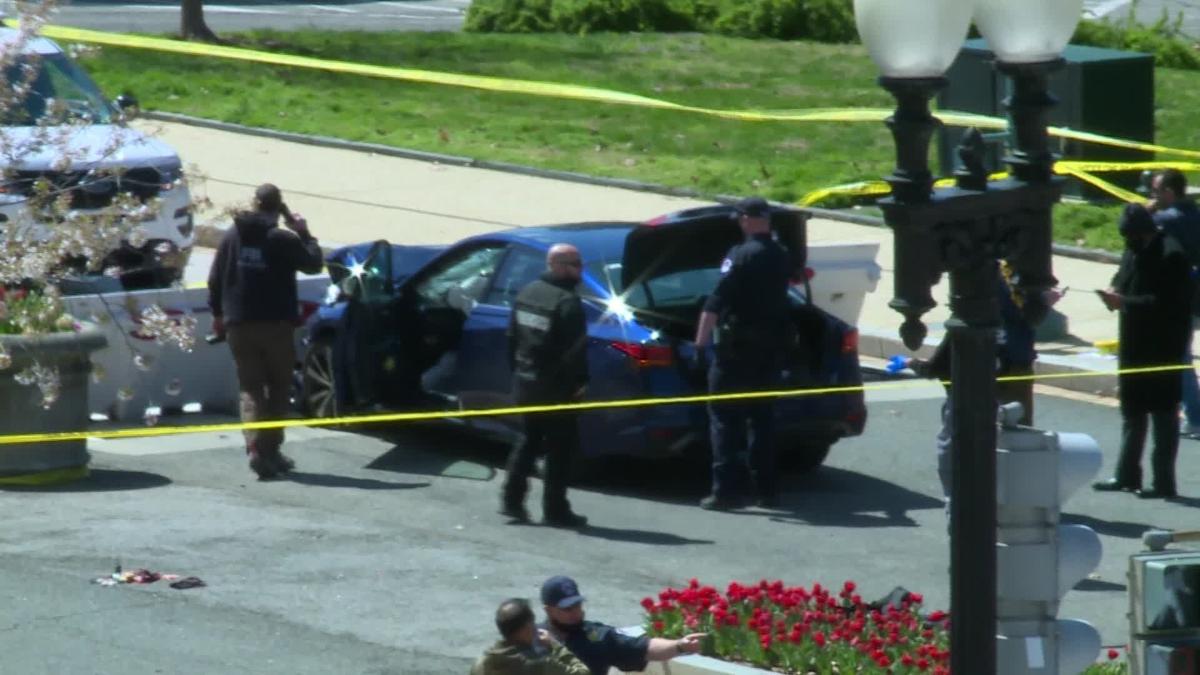 The US Capitol is on lockdown as law enforcement responded to reports of a shooting and that an individual rammed a vehicle into two law enforcement officers on April 2. 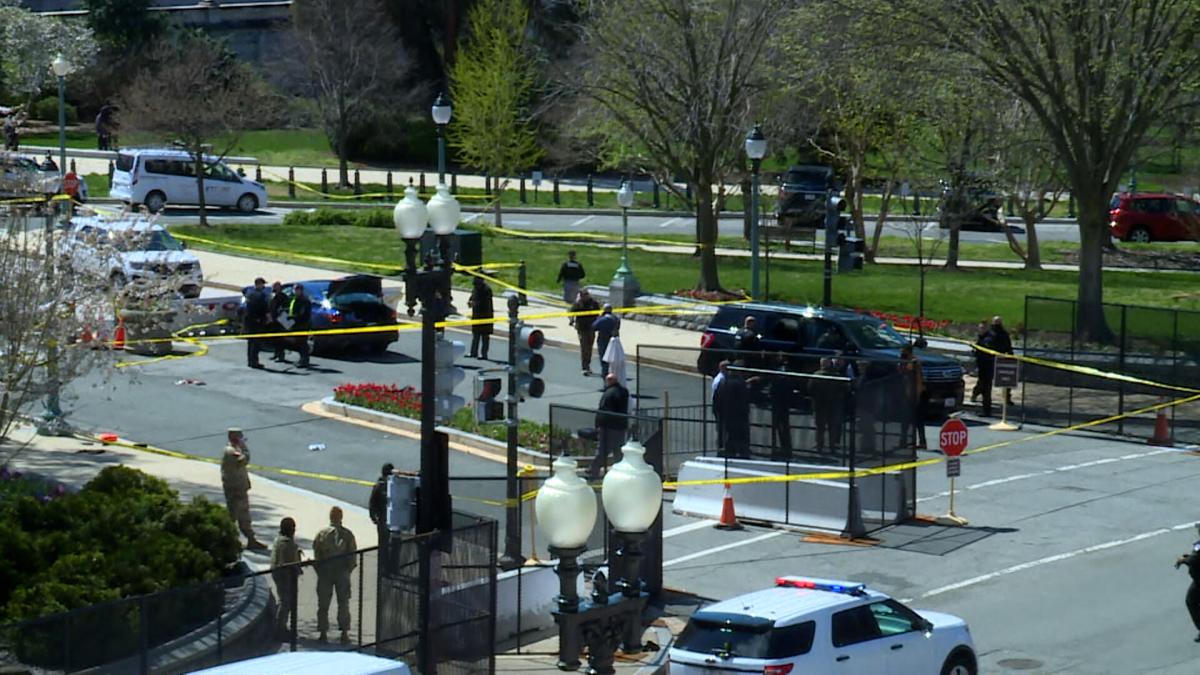 The US Capitol is on lockdown due to an external security threat on April 2. 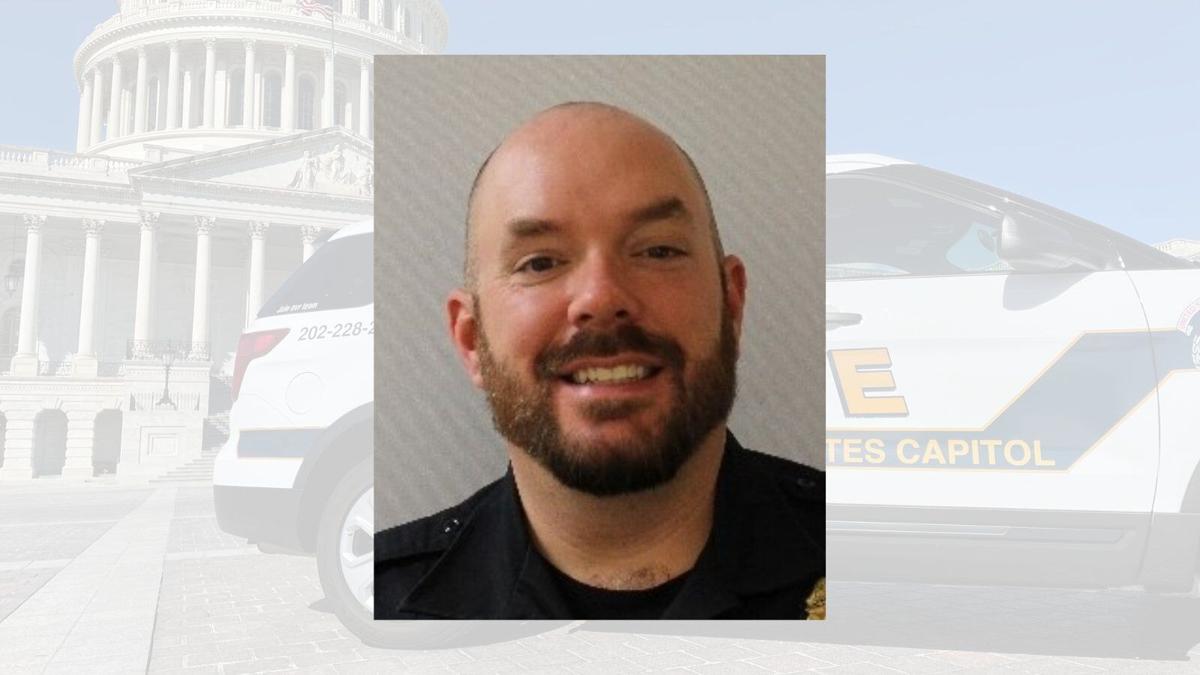 (CNN) — House Speaker Nancy Pelosi ordered the flags at the US Capitol to be flown at half-staff on Friday in honor of a US Capitol Police officer who died after a suspect rammed a vehicle into a police barricade outside the Capitol building Friday afternoon. Another officer has been injured.

USCP acting chief Yogananda Pittman said the suspect crashed a car into a barrier outside the Capitol, "did not respond to verbal commands," and then started "lunging" toward the officers, who fired upon and killed the suspect. NBC News reports that the suspect has been identified as 25-year-old Noah Green, of Indiana, citing four senior law enforcement officials briefed on the investigation. Law enforcement officials say terrorism is not suspected in the deadly incident, but have so far declined to offer a suspected motive.

The officer who died in the attack was identified as William "Billy" Evans, an 18-year US Capitol Police veteran, Pittman said in a statement later Friday afternoon.

"It is with profound sadness that I share the news of the passing of Officer William 'Billy' Evans this afternoon from injuries he sustained following an attack at the North Barricade by a lone assailant. Officer Evans had been a member of the United States Capitol Police for 18 years.  He began his USCP service on March 7, 2003, and was a member of the Capitol Division’s First Responder’s Unit. Please keep Officer Evans and his family in your thoughts and prayers."

Members of Congress honored the officers who served in the line of duty.

"Praying for the United States Capitol Police officers who were attacked at the Capitol," tweeted Senate Minority Leader Mitch McConnell. "Grateful to all the USCP and first responders who are on the scene."

The attack comes just months after the insurrection at the Capitol on January 6, when one Capitol Police officer, Brian Sicknick, was killed. Two other officers involved in that response have since died by suicide, and dozens of other officers were injured.

Barbed wire fencing that surrounded the Capitol complex for months after pro-Trump rioters stormed the building has since come down and thousands of the National Guard troops who were deployed in response to the insurrection have since returned home, though thousands still remain in Washington due to lingering security concerns.

"I ask you to please keep the United States Capitol Police family in your thoughts and prayers at this time," Pittman said on Friday. "It has been an extremely difficult and challenging year for us, but we will get through this."