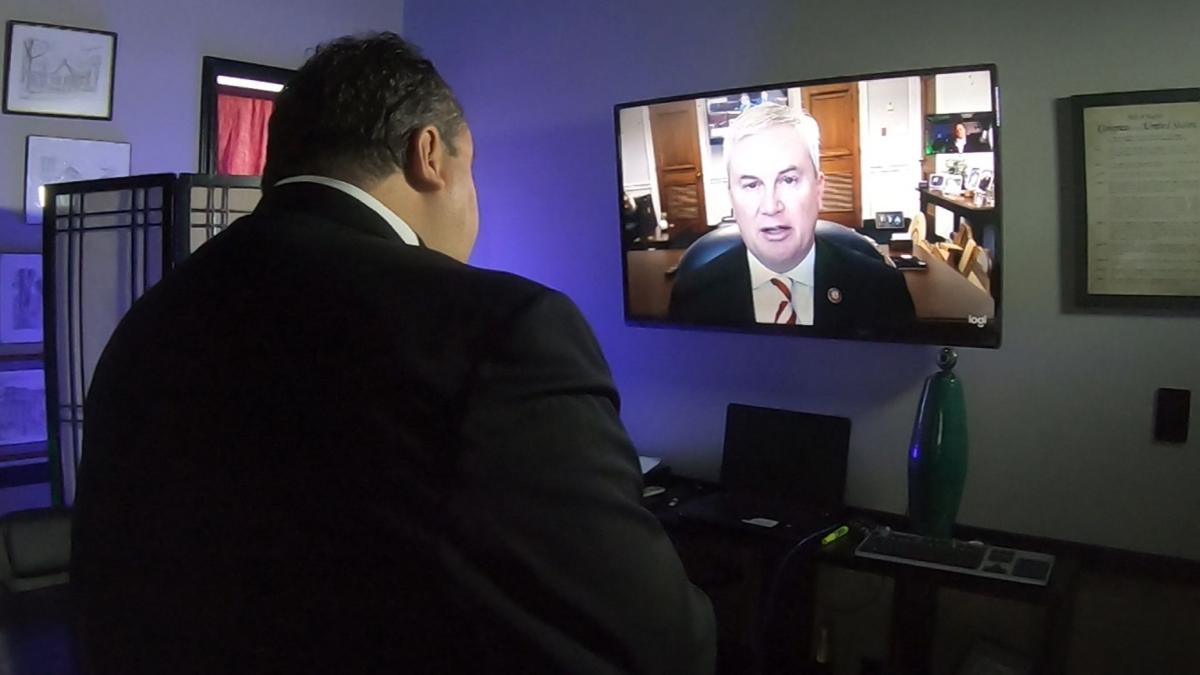 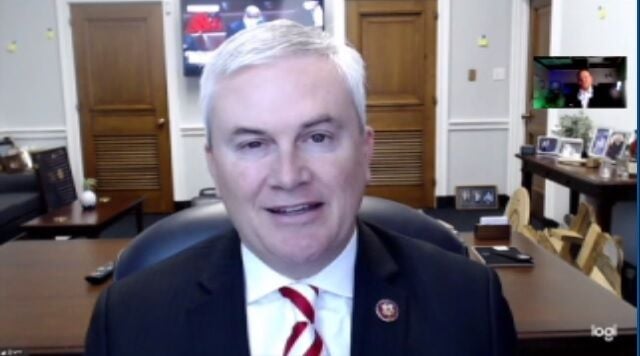 Rep. James Comer (R-KY) denounces extremists in both the Republican and Democratic parties.

PADUCAH — U.S. Rep. James Comer, who represents Kentucky's 1st District, condemned the violence at the U.S. Capitol last Wednesday, and is calling for cooler heads to prevail in both the Republican and Democratic parties.

On Wednesday, Comer spoke with me via Zoom on a number of topics. The conversation took place just a few short hours before the historic vote in the House to impeach President Donald Trump for a second time.

Comer went on to explain his reasoning behind that decision.

"He hasn't been given due process. He hasn't been given an opportunity to tell his side of the story. In America, we believe in due process. We believe in innocent until proven guilty unless you're the president of the United States and Nancy Pelosi is speaker of the House. So, I'm just not satisfied with what's taking place on the House floor right now, and I believe that the American people are sick and tried of the partisan fighting, and they want Congress to address COVID, to address our economy and try to move forward," Comer said.

Comer vehemently condemned the group of Trump rioters that stormed the Capitol. He said he applied that same opinion to some activists involved in Black Lives Matter protests earlier this year that damaged property in some major U.S. cities.

He added, "We had a situation last week that came from people on the conservative end of the spectrum. We saw in Minneapolis and in Portland and in Louisville where we had rioting and violence on the left end of the spectrum. Both parties have people that have acted badly. I think what we need to do now is come together as a nation. And, hopefully Joe Biden will strike a different tone. He's had an opportunity and I don't think he's utilized that opportunity because the first thing I would have recommend to Joe Biden was, get on the phone and call Nancy Pelosi and Chuck Schumer and say, 'drop this ridiculous impeachment because it's only going to further divide America'."

While he doesn't fear for his safety he was a bit surprised by the massive heightened security efforts.

"It's a disturbing visual to see that, but at the same time, we don't ever need to have what happened the last time. I mean, there were security breaches. I don't think anyone would have ever dreamed it was possible to breach the Capitol. I don't think, obviously the security hadn't planned on anyone ever trying to test to see if that was possible. So, hopefully our security around the Capitol learned a lesson from last week, and hopefully we can recover."

Toward the end of our conversation I asked Comer whether he has any intention to seek the Republican nomination in Kentucky to run against Gov. Andy Beshear in the future.

"Well, I've been very vocal in my criticism of Andy Beshear. The way he's handled the economy. I believe that we're seeing now Democratic governors come out and say, you know what, we need to reopen the economy but do it in a safe manner. Well, that's what I've been begging for for a long time. So, I have my disagreements with Beshear, but I'm very blessed to have this opportunity to be in Congress, and right now my plans are to stay in Congress if the good people of the 1st District will keep me here."

When pressed, Comer said he would never completely rule out a run for governor.

For now, the representative urged people in his district to reflect on their political stances moving forward.

"What we need to do is just try to take a deep breath. Tone down the rhetoric on both sides, Republican, Democrat and recognize the fact that both parties have people that are very passionate about their beliefs and both parties have had some bad actors that have hurt their causes," Comer said.