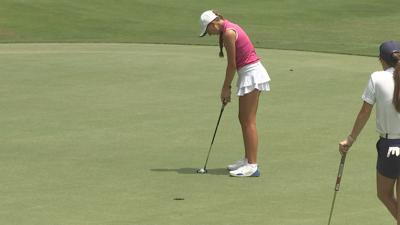 Hertter began the day with a one shot lead, and would end up winning at 5-over overall and a three shot win over April Carter.

"I didn't think I played as well today as I did yesterday, but still did pretty good," said Hertter. "I had a lot of pars. The back nine wasn't as good as I would have hoped but still got to win. It is nice because it is a local tournament. I always like playing local, playing with other girls that I know and the history behind it is really cool."

For Hertter, it was her second win in as many weeks, after winning the Cullan Brown Invitational at Calvert City.

Carter had the round of the day shooting an even par 72 at a tough Rolling Hills Country Club.