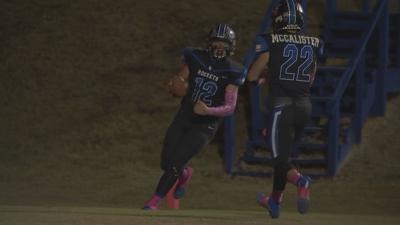 PADUCAH, KY -- For Crittenden County's Tyler Boone and Xander Tabor along with Murray's Sebastian Lawrence, this New Years Eve may be spent in Hawaii.

That is because all three rising seniors were invited to play in the annual Hawaii Tiki Bowl game that takes place in Honolulu, Hawaii.

The bowl game, which hosts around 70 to 80 seniors from across the country will take place from December 30th to January 4th 2021.

"I try to reach out to all of the coaches that I talk to," said Boone. "But for them to actually contact me first, I thought that was pretty cool. Not to mention, Hawaii would be pretty neat to go to."

For players like Boone, Tabor, and Lawrence, playing at a small school often means having to become your own recruiter. Since colleges don't often watch those games, sending out your own video to any school who will take it.

So to get an opportunity to play in a bowl game, where college coaches will be participating means a lot for those kids involved.

In order to play in the game, players must pay a fee of around $3,000 for travel expenses and more.