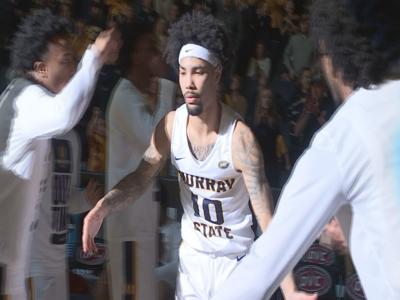 EVANSVILLE, Ind. -- Tevin Brown scored 24 points and KJ Williams had a double-double and Murray State beat Austin Peay 73-61 in the semifinals of the Ohio Valley Conference Tournament on Friday.

The Racers (23-8) play conference top-seed Belmont on Saturday for an automatic bid to the NCAA Tournament. Murray State entered the tournament as the second seed.

After Taylor hit a 3-pointer to give the Governors a 44-43 lead with 12:49 remaining, Carter hit a jump shot and Brown sank three free throws and Murray State gradually begin to distance itself. Taylor's 3-point play reduced Austin Peay's deficit to 57-51 with 4:33 to go but it never got closer.