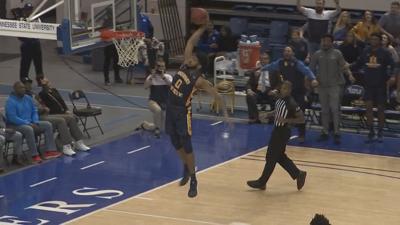 NASHVILLE, TN -- The Murray State Racers held off a late run by Tennessee State to pick up a 73-65 win on Saturday, and bounce back after their first conference loss of the season.

Tevin Brown hit a dagger three with just under three minutes left to play to put the Racers up two scores. The shot came after a 6-0 Tigers run that cut the lead to 59-58.

Murray State now holds the top spot by themselves in the Ohio Valley Conference as they will travel to second place Austin Peay on Thursday night.