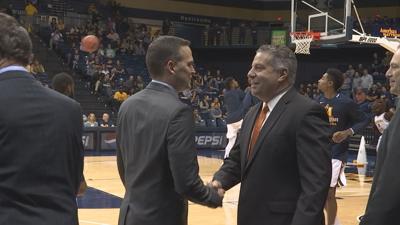 Murray State basketball fans now have one date they can scribble on their calendar, as the Racers will be making one final trip to Auburn on December 22nd. This will be the final game of a three-game series between the two programs.

The series started back in 2017 when Auburn visited the CFSB Center, and then the Racers returned the favor in 2018. After taking last season off, the Racers are headed back to Auburn this year.

This is officially the back-half of the home-and-home series that started in Murray three years ago. The 2018 game was a "money game" for the Racers.

Murray State Head Coach Matt McMahon tells us there are no other non-conference dates on the books as of yet.