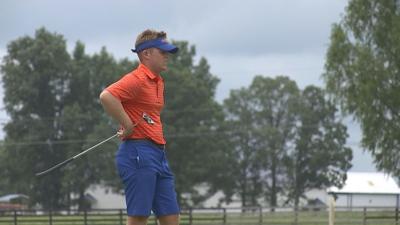 MURRAY, KY -- Defending state champion Jay Nimmo kicked off his senior year at Marshall County with a four-shot win in the Murray Invitational on Friday afternoon.

Nimmo shot a six-under 66 in the first official golf tournament of the season at Murray Country Club.

The Marshall County boys won the team title with an overall score of 308.

Over on the girls side of the tournament, McCracken County's Madison Glisson won after shooting a five-over 77. She won by just one shot over Murray's Mary Browder Howell.

The Murray girls won the team title with an overall score of 353.

For complete scores from the Murray Invitational, CLICK HERE.