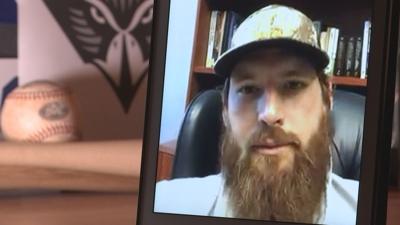 PADUCAH, KY -- After a historic season in 2019, the UT Martin Skyhawks were looking to the 2020 season to take another major step forward.

However, after just 16 games played, their season was canceled along with every other team in the nation thanks to the outbreak of the coronavirus.

"It is disappointing for all of us," said UT Martin head baseball coach Ryan Jenkins. "Especially for our seniors that worked so hard to get us to this point in our program."

In the last two months since the shutdown, Jenkins has done his best to keep pushing the program in the same direction without the benefit of playing a game.

A big help will come from five of their seven seniors opting to return to school for an extra year of eligibility. But with that advantage of experience comes a different issue for the Skyhawks younger players.

"It changes the direction you have to go," said Jenkins. "The roster limitations that we have and the roster size that we are going to have next year, I think it changes some things. I think there are not going to be some of the opportunities for the younger guys especially with the seniors coming back that are kind of weathered from the league. Those are guys that we have leaned on for the last couple of years. It is going to be difficult for some of those guys to break into the lineup, or break into a starting role. I am not going to say it derails anything, but it changes the course a little bit."

The Skyhawks were 5-11 when the shutdown occurred and dealing with numerous injuries to key players.

While those players have been at home, Jenkins and the Skyhawk staff have done their best to keep things as normal as possible when it comes to their players day to day workout routines.

"We tried to keep the weight lifting routine as normal as possible," Jenkins said. "You obviously have to make adjustments when you have guys working out in their garage and not having access to the equipment they need. That has been the biggest thing is to keep them on a routine strength and conditioning wise. We have everybody shutdown throwing wise and we will start ramping the arms back up in the middle of June. That will give them a lot of time and make sure that everybody is one hundred percent and ready to go when we get back."