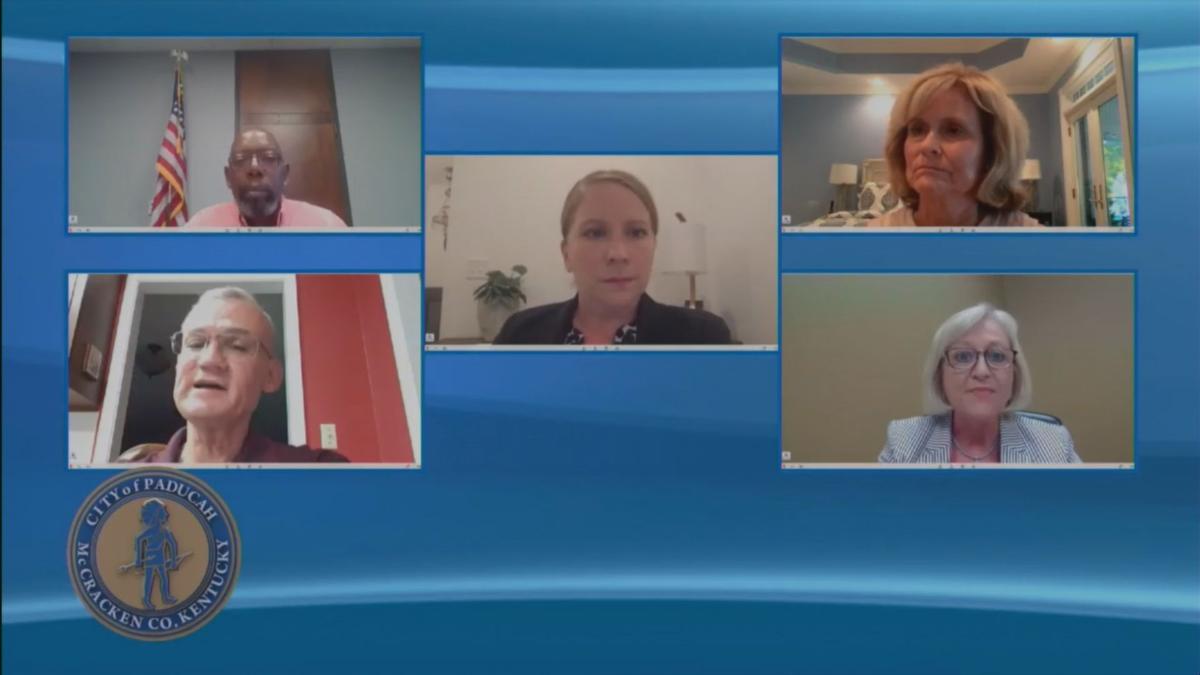 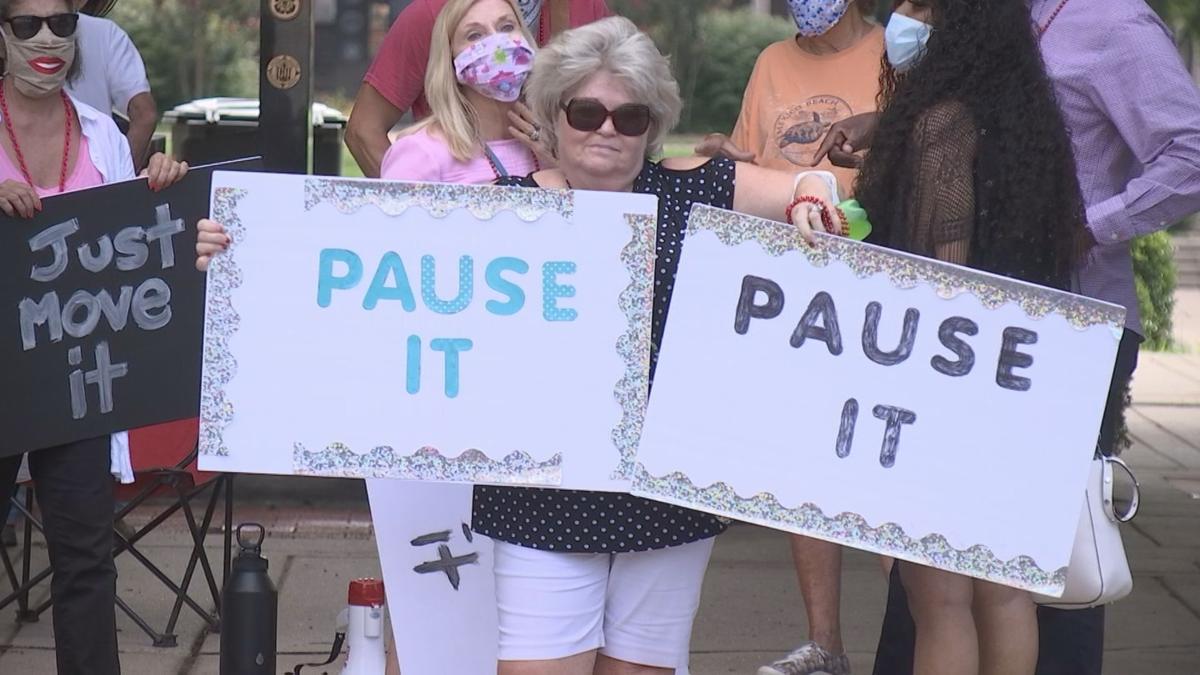 Two groups gathered to show their opposition to the aquatic center and City Block projects.

PADUCAH — The aquatic center project is officially paused until Jan. 1. In a 3-2 vote, the Paducah City Commission paused the project, but will allow City Manager Jim Arndt to continue due diligence on it. Arndt is required to keep any expenses in line with the city's Small Purchase Plan, meaning he can only spend up to $30,000 on any further research for the project.

Abraham and Watkins each say they believe the city's money should not be spent on the paused project.

"Any money that we spend, at this point moving forward on this project, is money wasted. It's not going to happen," Abraham said. "So I think it would really be irresponsible for us to spend those monies in the face of so many capital projects that we have in front of us."

"I don't mind the city manager continuing to collect information that would help the new commission in making the best decision for the city and our citizens. However, I do not support spending anymore taxpayer money on the project," Watkins said.

Harless and McElroy disagreed. They said researching community partners and potential financial assistance for the project will help the next commission after November's election.

"We want to hand a good project to the next commission to make that final decision on whether this thing gets built. But there's a lot in the works, that maybe even the candidates didn't know about, that we know is still of interest," Harless said.

"If sitting down with the design team on an hourly rate would help them, it's possible we could present some game changing money to the project to the next commission," McElroy said.

"Even though $20 million won't fix all of the infrastructure, it's a really good start," Burnett said.

Weyland Ventures and the Paducah Planning Department gave a presentation to the board of commissioners about the development agreement between the design firm and the city for the City Block development project. The agreement would see the city sell two tracts of land, for $141,000 and $155,000, to Weyland Ventures for development. Tract 1 would consist of a Boutique Hotel, with a $12 million minimum investment commitment. The city would keep Tract 2 for a Greenspace Park and parking facility, but would let Weyland develop the property and reimburse them for any improvements. Tract 3 would develop mixed use buildings for $9 million.

Watkins proposed a motion to table the City Block Project, with support from Abraham. That motion was voted down by McElroy, Wilson, and Harless.

The commission plans to take a final vote on the development agreement with Weyland Ventures on Aug. 11.