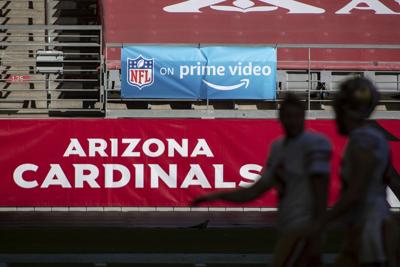 Amazon and the league announced Monday that Prime Video will take over the entire package in 2022, which will make it an 11-season deal through 2032.

It was originally supposed to begin in 2023 when the league's new media rights deals kick in.

This is the first time a streaming service has had the full rights to an NFL package.

Prime Video will carry 15 regular-season games on Thursday night along with one preseason game.