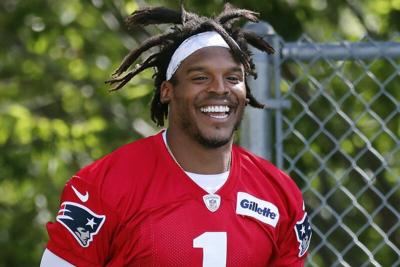 FOXBOROUGH, Mass. (AP) - A person with knowledge of the move says the New England Patriots have released quarterback Cam Newton.

That clears the way for rookie Mac Jones to open the season as New England's starting quarterback.

The source spoke to the Associated Press on condition of anonymity because the move has not been announced.

It brings an abrupt end to Newton's stay in New England, which is trying to rebound from a disjointed 2020 season.

Newton finished 7-8 as the starter in his first season since taking over for Tom Brady following his departure to the Tampa Bay Buccaneers.