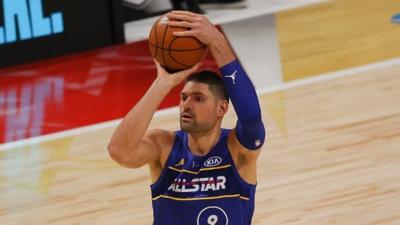 All-Star forward Nikola Vucevic is being traded from the Orlando Magic to the Chicago Bulls, according to a person with knowledge of the deal.

Vucevic and Al-Farouq Aminu are going to the Bulls in exchange for Wendell Carter Jr. and two future first-round selections.

That's according to the person who spoke to The Associated Press on condition of anonymity because the deal was still pending NBA approval.

The deal would appear to be the start of a rebuild for the Magic, with Vucevic unquestionably the team's best player for the past several seasons.

The two-time All-Star is averaging a career-best 24.5 points this season and 11.8 rebounds.