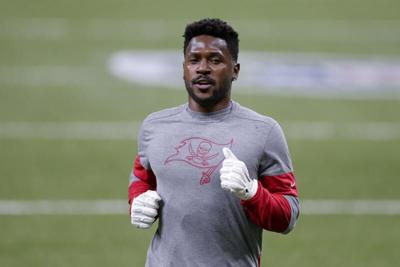 TAMPA, Fla. (AP) - A person familiar with the deal tells The Associated Press that receiver Antonio Brown has agreed to return to the Tampa Bay Buccaneers on a one-year contract that could be worth up to $6.5 million, including incentives.

The person spoke on the condition of anonymity because the agreement, which includes a $2 million signing bonus and a little more than $3 million guaranteed, has not been announced by the Super Bowl champions.

The Bucs were already assured of returning all 22 starters from their victory over the Kansas City Chiefs in the NFL title game.