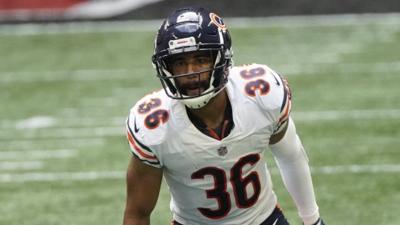 A week later, he sealed the Bears' win at Carolina when he intercepted Teddy Bridgewater.

Houston-Carson has played in 64 games since Chicago took him in the sixth round of the 2016 draft.