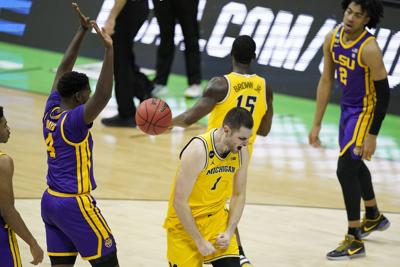 Chaundee Brown and Eli Brooks scored 21 points each for the roller-coaster ride of a victory.

The Wolverines used a 14-1 run over the decisive stretch midway through the second half to pull away and preserve.

It's a glimmer of hope for a conference that has mostly tanked these four days in Indianapolis.

After the win, Michigan and Maryland were the only teams left for the Big Ten, which placed a nation-leading nine in the bracket.