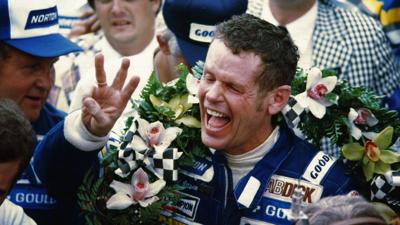 He died of natural causes at his home in Albuquerque, New Mexico, on Sunday.

His younger brother, Al, is one of only three four-time Indy 500 winners in race history.

Unser was one of six members of the Unser family to race in the Indianapolis 500.