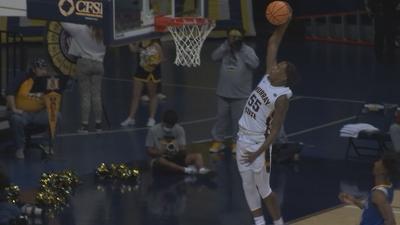 Murray State has five newcomers on their roster this season. It's hard to argue that of those newcomers, DJ Burns had the biggest impact in Monday's exhibition win over Brescia.

Burns transferred in to Murray from Southern University. Monday night, he racked up a team-high 17 points, and had a team-high 12 rebounds. Nine of those rebounds came on the offensive end. Burns says he loves to rebound the ball, or, as he puts it, get his coins.

Burns and the Racers will open their season next Tuesday when they host Cumberland.