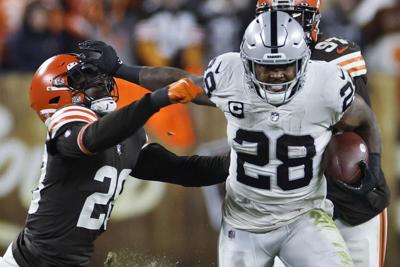 CLEVELAND (AP) - Daniel Carlson's 48-yard field goal as time expired sent the Las Vegas Raiders to a 16-14 win over the COVID-19-depleted Cleveland Browns in a game pushed back two days by the NFL amid an uptick of virus cases across the league.

Down by a point quarterback Derek Carr patiently drove the Raiders into Cleveland territory in the final two minutes.

Carlson shrugged off being iced by the Browns to boot his winner, keeping Las Vegas in the playoff mix.

The loss was devastating for the Browns, who could have vaulted into first place in the AFC North.

Instead, they fell into last with three games left.