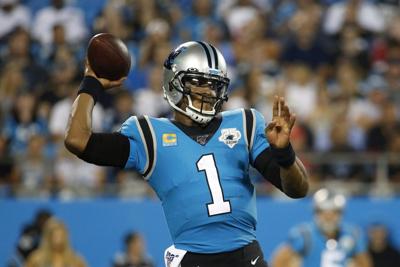 CHARLOTTE, N.C. (AP) - The Carolina Panthers agreed to a one-year contract to bring quarterback Cam Newton back to the franchise that drafted him No. 1 overall in 2011.

The Panthers were light on quarterbacks after starter Sam Darnold suffered an incomplete fracture of his shoulder blade in last week's 24-6 loss to the New England Patriots.

Panthers coach Matt Rhule said Wednesday that P.J. Walker is expected to start on Sunday against the Arizona Cardinals.

Matt Barkley, signed off the Tennessee Titans practice squad, is slated to be his backup.