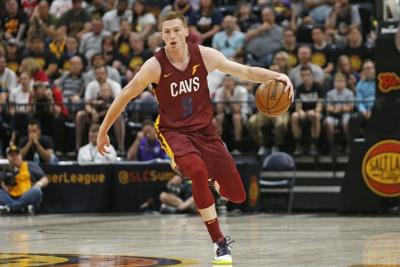 CLEVELAND (AP) - Cleveland Cavaliers rookie swingman Dylan Windler has undergone surgery on his left knee and will be sidelined indefinitely.

A first-round draft pick in 2019, Windler has been slowed by injuries in his young career.

His first NBA season was wiped out by a stress fracture in his left leg suffered just before training camp.

He made his pro debut this season but broke his left wrist in the Cavaliers' opener and was sidelined for a month.

The team said Windler had the knee procedure on Tuesday at Rush University Medical Center in Chicago.

The former Belmont star averaged 5.2 points in 31 games this season.