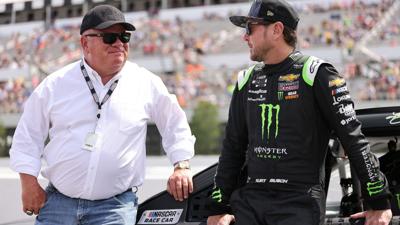 Ganassi has sold his NASCAR operation to Trackhouse Racing and will no longer be involved in NASCAR after this weekend.

He says the time was right for him to focus on his other racing ventures.

He says he will be rooting for Kyle Larson to win the championship.

And he's not done racing: He has many other teams outside NASCAR, and plans to ran four in IndyCar next season.

He tells AP he will run a fifth team for Jimmie Johnson at the Indianapolis 500.