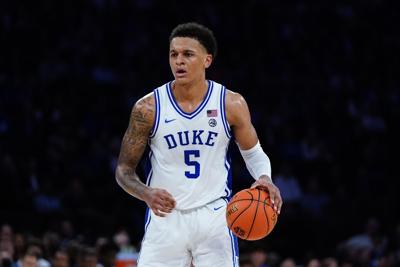 This was the first game of the final season of Duke coach Mike Krzyzewski's career.

The Hall of Famer announced that he would retire at the end of the season.

He has won 1,098 games and five national championships in his 42 years coaching the Blue Devils.