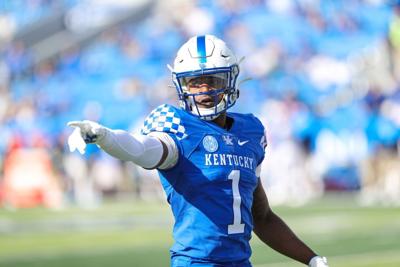 FRISCO, Texas (AP) -- The Dallas Cowboys are keeping the focus on defense in the second round of the NFL draft by taking Kentucky cornerback Kelvin Joseph with the 44th overall pick.

Cornerback is arguably the greatest need on a unit that allowed the most points in franchise history while going 6-10 last year. Dallas lost a starter in Chidobe Awuzie to Cincinnati in free agency. That was a year after 2015 first-round pick Byron Jones signed an expensive contract with Miami.

It was the first pick of a busy second day for the Cowboys. They have three third-round selections.