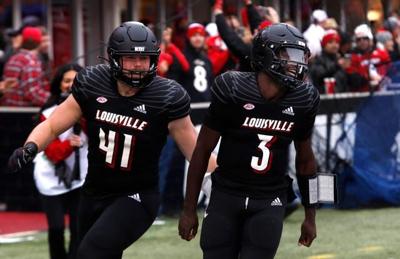 The junior quarterback provided all the scoring the Cardinals before halftime with a 6-yard run on their first possession before tossing a series of TD passes. Cunningham finished 13 of 18 passing for 209 yards before exiting early in the fourth quarter.

Louisville retired the No. 8 jersey of 2016 Heisman Trophy winner Lamar Jackson at halftime.