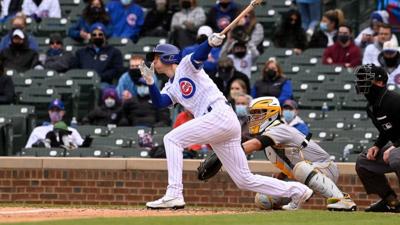 Willson Contreras and Eric Sogard each drove in a run for Chicago, which has won seven of nine to improve to 17-16. Thompson allowed two hits and a walk following starter Trevor Williams, who gave up two runs and five hits in four innings.

Andrew Chafin worked a scoreless eighth and Craig Kimbrel got the final three outs for his sixth save.