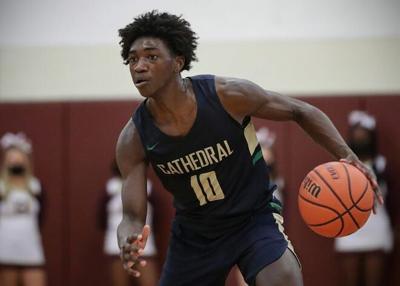 He's the second player to commit to the Racers in the 2022 recruiting class.

Edwards is a 6-foot-6 forward from Indianapolis. Despite his size, he has shown the ability to shoot from the outside in high school.