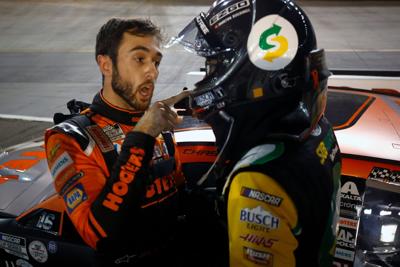 In fact, moving forward in NASCAR's playoffs, Harvick plans to run all over the reigning Cup champion.

Those were the angry words Harvick had for Elliott after Saturday night's race at Bristol Motor Speedway, where a feud no one saw coming took center stage.

Elliott is NASCAR's most popular driver and the Cup champion doesn't really make waves on the race track.

He's had his arguments with rival drivers before, but the 25-year-old entered new territory when he decided at Bristol that he'd had enough of Harvick's bullying.