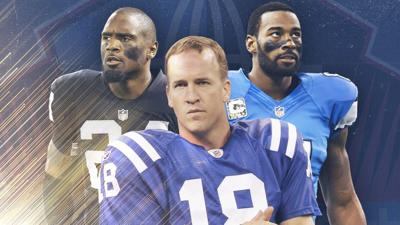 Peyton Manning is heading to the Pro Football Hall of Fame, an all-but-preordained honor for a quarterback who helped redefine offense in the 21st century.

Joining Manning in making it on their first ballot are defensive back Charles Woodson and the receiver known as Megatron _ Calvin Johnson. Steelers guard Alan Faneca and safety John Lynch round out the modern-era Class of 2021.

Also going in are Cowboys receiver Drew Pearson, Raiders coach Tom Flores and Steelers scout Bill Nunn. Manning is the headliner, as much for his nearly 72,000 passing yards as for how he changed the game.

If his longtime rival Tom Brady leads the Buccaneers to victory in Sunday's Super Bowl, Brady will join Manning as only the second QB to take two franchises to a title.??