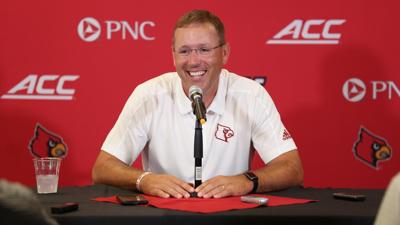 ATHENS, Ga. (AP) - Georgia bulked up its non-conference football schedule even more, announcing a home-and-home series with Louisville of the Atlantic Coast Conference in 2026-27.

The schools jointly announced jointly that the Bulldogs will visit Louisville on September 19, 2026.

The Cardinals will make a return trip to Athens on September 18, 2027.

Georgia and Louisville have met only once previously.

The Bulldogs defeated the Cardinals 37-14 at the 2014 Belk Bowl in Charlotte.

Georgia is now set to meet at least two, and often three, Power Five non-conference opponents every season through 2033, including its annual game against Georgia Tech.