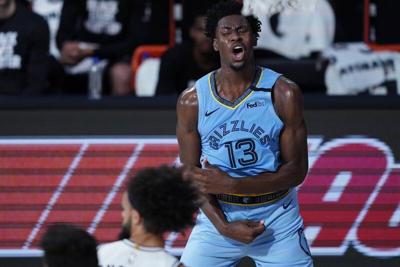 MEMPHIS, Tenn. (AP) - The Memphis Grizzlies expect forward Jaren Jackson Jr. back in the lineup by the end of April, nearly nine months after he hurt his left knee in the NBA bubble.

Jackson tore the meniscus in his left knee in his third game in the NBA bubble last summer.

He had a full repair rather than a cleanup procedure for a faster return for his long-term health.

Jackson was the fourth overall pick in the 2018 draft and won't turn 22 until September.