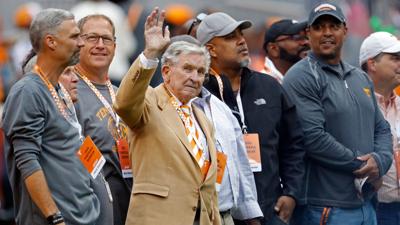 Majors died Wednesday at his home in Knoxville, according to his wife. He was 85.

In his playing days, he finished second to Notre Dame's Paul Hornung in the 1956 Heisman Trophy balloting.

Majors was inducted into the College Football Hall of Fame in 1987.