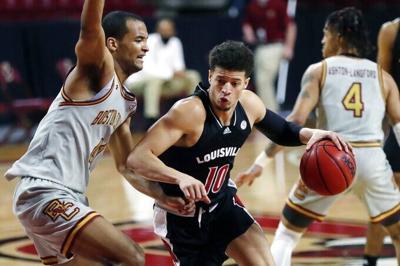 CHESTNUT HILL, Mass. (AP) - David Johnson scored 14 of his career-high 20 points in the first half when Louisville established a double-digit lead and the Cardinals held off a second-half rally by Boston College to win 76-64.

Carlik Jones was only 3 of 13 from the field but made 9 of 11 from the line, including several late free throws in scoring 15 points.

He added game highs with nine rebounds and six assists.

Jay Heath finished with four 3-pointers and a career-high 20 points.

Wynston Tabbs added 15 points for BC, which has dropped eight of the last night meetings against Louisville.