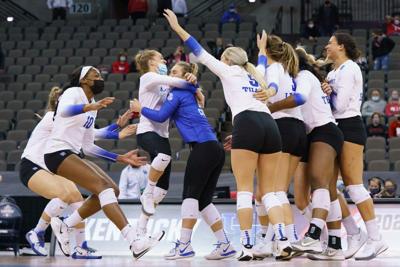 OMAHA, Neb. (AP) -- Kentucky will play for its first national championship in women's volleyball after beating Washington in four sets in the NCAA semifinals.

The second-seeded Wildcats will play Saturday against the winner of the late semifinal between No. 1 Wisconsin and No. 4 Texas. The Wildcats lost a set for the first time in the tournament and came from six points down to win the third.

But their nation-leading offense was in top form in the fourth set and kept sixth-seeded Washington from continuing its improbable run in the tournament.