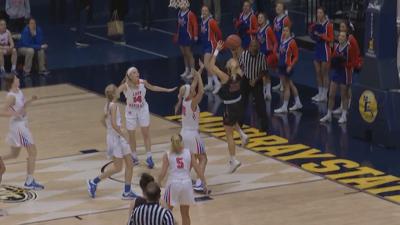 The Kentucky High School Athletic Association Board of Control voted Wednesday to push back the start of winter sports to January 4th. The winter sports season was originally scheduled to begin on Monday, November 23rd.

In terms of basketball, the KHSAA laid out the following milestone dates for the upcoming season:

The state tournament dates may need to move due to scheduling conflicts at Rupp Arena. The KHSAA Board of Control will meet again in December to address those conflicts. As for today's decision to push back the start of the season, McCracken County Girls Basketball Coach Scott Sivills says he wasn't surprised.

"At least we're getting a basketball season," Sivills said. "I think talking to coaches in our region and those in our state, they've talked about how we need a starting point and an ending point. Just give us something. Today was a green light on something, so we've got a lot of coaches that feel good about it now. It's about getting your schedules intact -- getting those moving parts in to something, and then go forward and play."