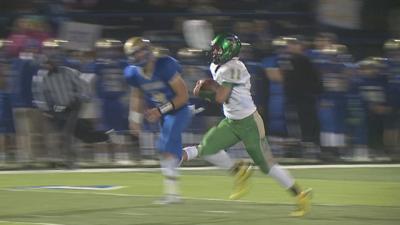 Friday morning, Lake County will make their first trip to the state championship game in a generation when the unbeaten Falcons will challenge Greenback for the TSSAA 1A title.

After falling in the state semifinals in 2017 and 2018, this year's team has been on nothing short of a mission. Lake County is averaging a shade fewer than 50 points per game. They've gone north of 50 in nine different games.

They've rolled to a 14-0 record, winning by an average of 37 points per game. The Falcons are led by a two-headed offensive monster led by running back Larry Tubbs and his 1,954 rushing yards and 26 touchdowns. Then you've got quarterback Tanner Snyder who has 1,457 rushing yards and 26 touchdowns. Both Snyder and Tubbs are averaging more than ten yards per carry. Snyder has also thrown 22 touchdown passes and just one interception.

This is Lake County's first trip to the state title game since 1994, as they'll try to win their first championship since 1985. They'll kick off Friday at 11:00am against Greenback in Cookeville.