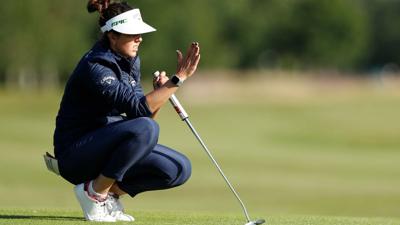 BELLEAIR, Fla. (AP) - Leona Maguire must have felt she was back in the Solheim Cup. Maguire was at her best in the Pelican Women's Championship with a bogey-free round of 62.

She was in a star grouping with defending champion Sei Young Kim with a 66 and Lexi Thompson with a 65.

No one in the group made a bogey.

Maguire is still trying to become Ireland's first winner on the LPGA Tour.

She is best known for going unbeaten in five matches to lead Europe to a Solheim Cup victory.

Princeton's Emma Talley shot an even par 70, and is tied for 51st.