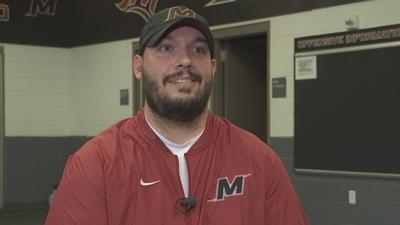 In an effort to present a unified voice to the Kentucky High School Athletic Association, the Kentucky Football Coaches Association has created a council made up of 12 coaches from around the state.

McCracken County's Marc Clark and Mayfield's Joe Morris are the two coaches from the western side of the state. The 12 coaches on the council are elected to four-year terms, and equally represent all six classes.

With 229 football-playing schools across Kentucky, that's 229 different opinions that can overwhelm the KHSAA at times. Clark says streamlining into one voice will help everybody, but he hopes specifically the teams or west Kentucky.

"You have sectors in the state that have had a lot of control in regard to some of the decision making processes," Clark said. "There may be things that are applicable for us that aren't applicable for Louisville schools or Lexington schools or what have you. I don't know that I've really narrowed down a list but I'm just excited for the opportunity to get in to a room and interact with coaches from around the state and find out what maybe some of the struggles are that they have, and ways that they would like to improve. Hopefully through those conversations, we can develop a united front to really present to the KHSAA in ways that we can make our state more successful in football."

Clark anticipates the council meeting multiple times a year, but the first meeting has not been set up yet.