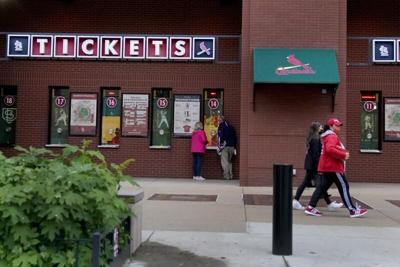 ST. LOUIS (AP) - The scheduled game between the New York Mets and St. Louis Cardinals was postponed because of rain.

The teams will make it up Wednesday as part of a single-admission doubleheader beginning at 4:15 p.m. local time.

Both games will be set for seven innings.

Cardinals righty Johan Oviedo gets the ball in the nightcap, but the Mets had not announced a starter yet.

Tuesday night's game was delayed at the outset and called after a 38-minute wait.