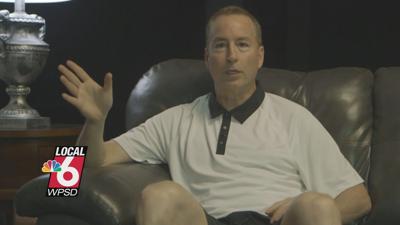 Billy Kennedy spent five years as Murray State's basketball coach, winning a pair of Ohio Valley Conference regular season championships, along with a 2010 OVC Tournament championship, and a win over Vanderbilt in the NCAA Tournament. In May of 2011, Kennedy left Murray State to take over the program at Texas A&M. The season after he left Murray was a historic one for the Racers. So what was it like for Kennedy to watch all the success at the program he just left?

"I enjoyed the heck out of it," Kennedy said. "We were struggling at A&M. I had the health issues. Our team, we had injuries, we weren't very good. Khris Middleton tore his meniscus, so we only had him for half the season. Following the Murray thing was pure joy, watching them and the excitement. I didn't get the A&M job until May 15th, so we recruited all those kids before -- LaTreze (Mushatt) and (Stacy Wilson). I knew the roster, I knew everybody. It was easy to follow. It was exciting."