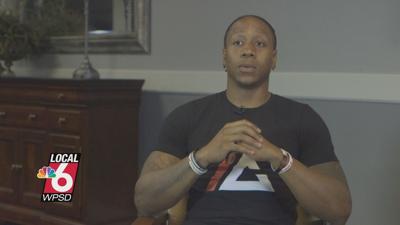 Just five months after leaving Murray State to take over the basketball program at Texas A&M, Billy Kennedy learned he had Parkinson's Disease. We recently sat down with Isaiah Canaan, who played his first two years at Murray State under Kennedy. Canaan looked back on his memories of how he reacted when he first heard the news about his old coach.

"Billy Kennedy made a huge impact on my life with giving me an opportunity to come to school, first and foremost," Canaan said. "Not having to come out of pocket and offering me a scholarship, that really helped my family. It really helped me personally."

"To see someone have to go through something like that, obviously, as a natural human, we can't do anything about it. Just being there for him, being an ear if he wanted to vent and talk. We just had to be there for him. Especially for me, he was there for me and my family with everything they did. I just stayed in contact, hoping everything went well. Eventually, he got through it. At the time, it was like, 'wow.' He's such a good person, why does this happen? God has his own reasons for doing the things he does. You just can't question it. You've just got to believe and lean on that faith. He was a big Christian as well, and I know his faith was strong. I knew he'd be OK and be able to get through it, and he did."