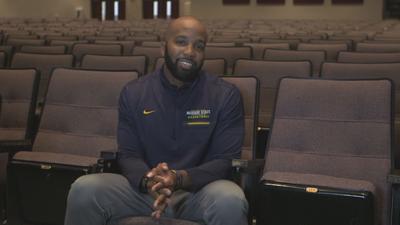 After beating Dayton, Murray State improved to 9-0 on the season, which was the program's best start in 13 years. Within the locker room, the Racers felt like they had a special season brewing. When we recently sat down with Jewuan Long, he said while the players knew they were good, they knew they had a ways to go to earn everybody else's respect.

"We knew what type of team we'd be," Long said. "Dayton was a good team. Southern Miss was a good team. We beat UAB. We knew, but at the same time, for us, that's what was expected. Any team that was on that schedule, we felt like we could beat them. Yes, we beat them, and we knew they were good teams, and we knew where we were at that point, but we still had stuff to prove. I don't think we'd cracked the Top 25 at that point yet. It was like, 'Man, what do we have to do?' I know it's not all about rankings, but we new we didn't have the respect that we deserved at that point. It meant a lot, but we were focused on the next game -- which was Memphis."