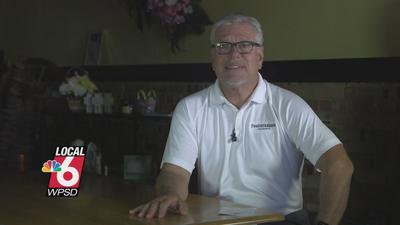 Kenny Roth spends his winter nights now as the color analyst for the Murray State Radio Network. Back in the mid-1990's, Roth spent four seasons as an assistant coach with the Racers under head coach Scott Edgar. Roth is fully aware of the pressures that come with coaching at Murray State. When we recently sat down with Roth, he explained those pressures and what Steve Prohm was facing as he took over the Racer program in May of 2011.

"It's definitely high expectations, annually, for the head coaches at Murray State," Roth said. "Those are the types of jobs that coaches want, the high expectations, being expected to finish high in your league. With that comes the pressure of producing that product."

"We look back at this team from 2012 with a rookie head coach in Steve Prohm, and really, from a returner's standpoint, on paper, that team wasn't exactly loaded statistically. Four guys that had played and Isaiah Canaan scoring the most with 11 points a game. It's not like he walked into this, on paper, where you felt like it was going to be this magical season."

"I think the pressure coming in for head coaches here is, the majority of the time, they've never called a timeout until the first game of their coaching career. There's a huge learning curve for them moving over 16 inches into that head coach's chair that is something that is very unique. To have to do it at a Top-100 school like Murray State is a lot of pressure."